When Megyn Kelly, Protector Of Women Against Trump, Talked Smut With Howard Stern

Last night, Megyn Kelly showed how she was a part of the Corrupt Media for Hillary, even though she works at Fox News, when she went after former Speaker of the House Newt Gingrich.

"You know, Mr. Speaker, I'm not fascinated with sex. But I am fascinated with teh protection of women and understanding what we're getting in the Oval Office and I think the American voters would like to know," said Kelly, after Newt told her she was "fascinated with sex and you don't care about public policy."

Well, Newt may just have a point there. It seems that Sanctimonious Megyn, the self-appointed Protector of Women, had no problem talking about her breasts and penises on the Howard Stern Show. And anyone who knows about Stern known he talks about things that would make Donald Trump blush (Newsmax).


In a 2010 interview, the Fox News star laughed with glee as Stern talked about her breasts.

"We used to call them 'Killer B's' then when I got pregnant they became 'Swimmin' C's' and Doug was frolicking in the ocean," Kelly said of her husband, author Douglas Brunt.

Stern asked whether she would have considered not marrying Brunt if his penis had been small.

"I reject the hypotheticals. There's no issues there," Kelly said, laughing. "I've never had to choose. Let's put it that way."

She also talked about having sex with Brunt even while she was pregnant – into the third trimester.

That doesn't include the photo below, as well as her suggestive GQ photos. 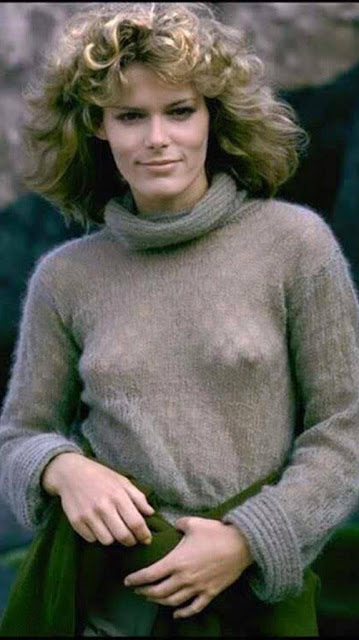 And does she not worry about the Hillary Clinton who attacked the women that her sexual predator husband preyed upon?

Sorry Megyn, you need to go work on your own issues before you lecture Newt about "anger issues."
Posted by MaroonedinMarin at 3:22 PM