Somewhere in Heaven right now, there is a great reunion of a great couple (NY Times).


Nancy Reagan, the influential and stylish wife of the 40th president of the United States who unabashedly put Ronald Reagan at the center of her life but became a political figure in her own right, died on Sunday at her home in Los Angeles. She was 94.

The cause was congestive heart failure, according to a statement from Joanne Drake, a spokeswoman for Mrs. Reagan.

Mrs. Reagan was a fierce guardian of her husband’s image, sometimes at the expense of her own, and during Mr. Reagan’s improbable climb from a Hollywood acting career to the governorship of California and ultimately the White House, she was a trusted adviser.

“Without Nancy, there would have been no Governor Reagan, no President Reagan,” said Michael K. Deaver, the longtime aide and close friend of the Reagans who died in 2007. 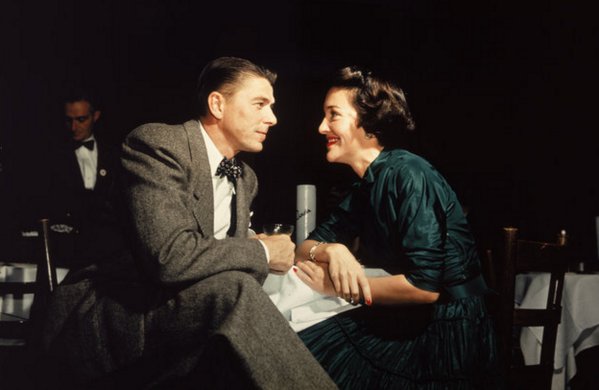 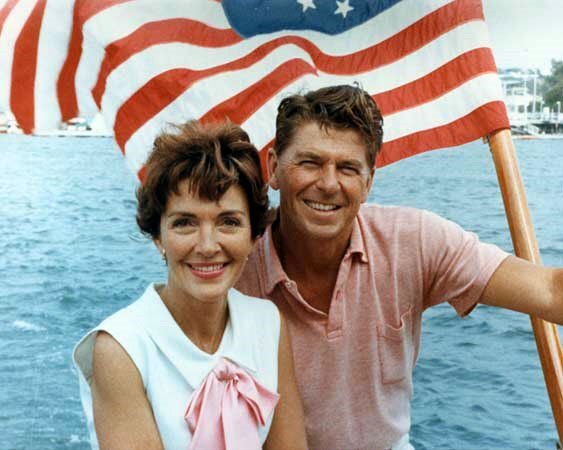 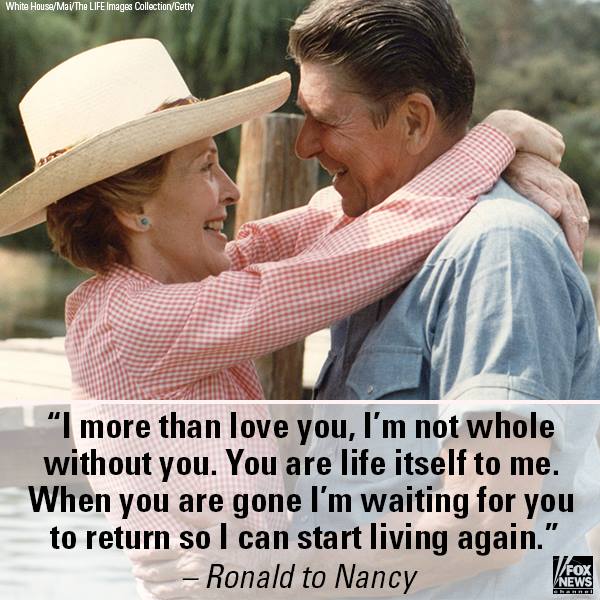 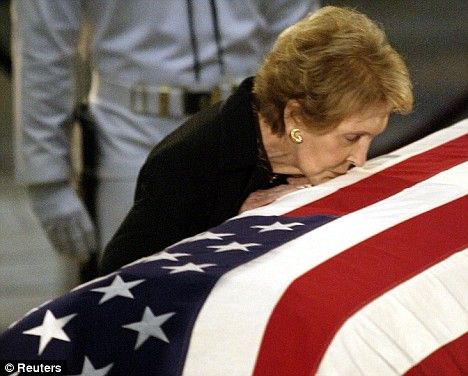 If you look at these photos, and done any study of the Reagans, you can easily tell that there was nothing Hollywood about their relationship. It was real.  Reagan had just been divorced from actress Jane Wyman) only a couple of years before meeting Nancy Davis, at the request of a mutual friend after her name appeared on a list of alleged communist sympathizers. As then-President of the Screen Actors Guild, Reagan found out another actress with the same name was confused for his future wife, thus clearing her, but she wished to meet with him to discuss the matter.

There were two women influential to Ronald Reagan. The first was his mother, Nelle, whose faith instilled in him the belief that "all things were part of God's Plan, even the most disheartening setbacks, and in the end, everything worked out for the best." Then there was Nancy, the gift God gave him after the heartbreak of divorce, whose love, devotion and adoration helped pave the way for him to fulfill God's will in his life. Reagan wrote in his autobiography, An American Life:

If ever God gave me evidence that He had a plan for me, it was the night He brought Nancy into my life. ...Sometimes, I think my life really began when I met Nancy.

That feeling was mutual, even as she had to endure what her husband wished he could spare her of, the heartache of his decline from Alzheimer's disease and the care he required. In Craig Shirley's recent book on the last years of Ronald Reagan, Last Act, the story is told of how, two days before the 40th President passed away in 2004, Nancy broke down in the arms of her daughter Patti, saying "Nothing is ever going to be okay without him."

On a personal note, I'll always remember the day the Reagans came to the town where I grew up, Harlingen, TX (near the Texas/Mexico border), in September 1980 for a campaign stop. I was in the sixth grade at the time and my mother made her first foray into politics that summer by volunteering for the local Republican party to help elect Ronald Reagan. It was a school day, and she and a longtime family friend were discussing how they thought about standing along the route the Reagans would take to their campaign appearance. So, Mom called the school I was at, got me out for a couple of hours, and we actually saw their car stop across the street for kids at a Catholic school. Waving toward the limo, I then caught a glimpse of Mrs. Reagan on the inside waving towards us.

RIP Nancy! America misses you both, and we could sure use the leadership, class, and optimism once again that you and President Reagan brought our nation.
Posted by MaroonedinMarin at 1:41 PM