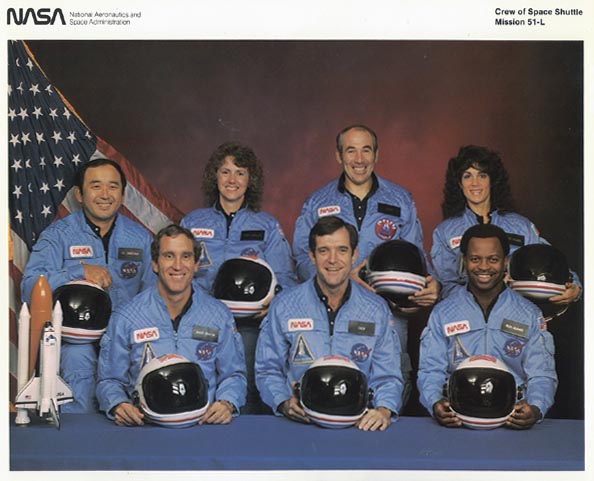 Up until September 11, 2001, many people my age thought all we would have as a landmark event was "where were you when the Challenger exploded?"

"the future doesn't belong to the faint-hearted, it belongs to the brave. ...The crew of the space shuttle Challenger honored us by the manner in which they lived their lives. We will never forget them, nor the last time we saw them, this morning, as they prepared for their journey and waved goodbye and 'slipped the surly bonds of earth' to 'touch the face of God.'"

No one could bring a nation together like Ronald Reagan could.

There are two memories I have of this tragic event, in different times. The first was where I was that day. I was a junior in high school in south Texas, in my US History class when I heard across the hall the teacher I had the previous year in a loud voice responding after someone knocked on her door. A couple of minutes later, she knocked on our door and shared with us the news the Challenger had exploded.

The photo below is a picture of Shuttle Launch Pad 39B, taken in June of 1985 during a family trip to Florida. 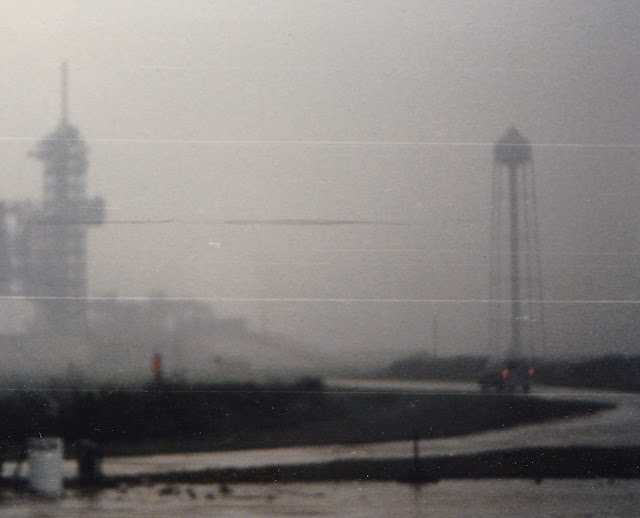 My Dad and I went to Cape Canaveral to visit the NASA facilities, which included a tour of the Shuttle launch pads. For this tour, they took us out to an old Apollo launch pad that was being refurbished as a second launch site for the Shuttle. We got out of the bus to quickly take photos in the middle of one of those torrential afternoon thunderstorms that rolls in off the Atlantic. The tour guide told us they would start using this pad for launches in 1986.

The Challenger launch was the first shuttle launch from 39B.
Posted by MaroonedinMarin at 8:02 PM