Maybe not in numbers, but Donald Trump was right about Muslims celebrating the destruction of the World Trade Center in Jersey City.


This editorial also was published in the New York Post, found only on the Internet Wayback Machine, as it is no longer found on the Post's website. 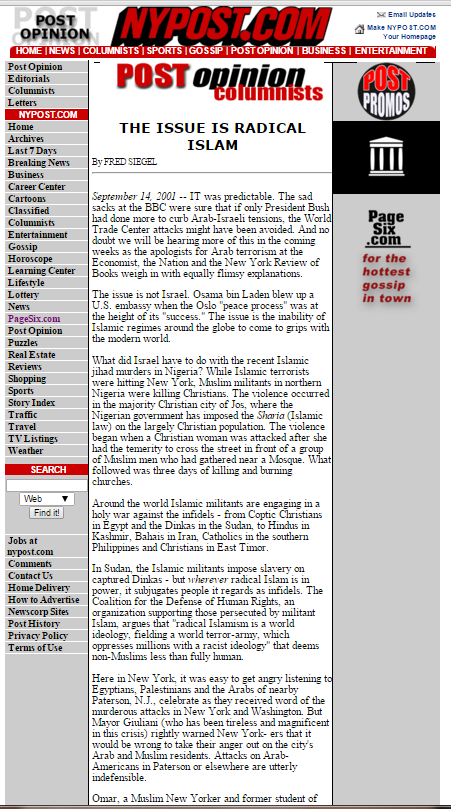 Here in New York, it was easy to get angry listening to Egyptians, Palestinians and the Arabs of nearby Paterson, N.J., celebrate as they received word of the murderous attacks in New York and Washington. But Mayor Giuliani (who has been tireless and magnificent in this crisis) rightly warned New York- ers that it would be wrong to take their anger out on the city's Arab and Muslim residents. Attacks on Arab-Americans in Paterson or elsewhere are utterly indefensible

Breitbart: 9 Pieces of Documentation that Vindicate Trump’s Claim of 9/11 Muslim Celebrations
Posted by MaroonedinMarin at 5:22 AM