Good grief, was she drinking too much, or is Ann Coulter really that much of a dingy? (USAToday). 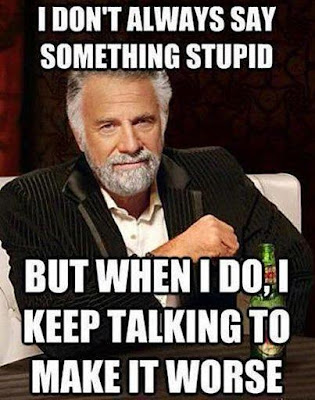 Conservative syndicated columnist Ann Coulter posted a series of tweets during the GOP debate that many are calling 'anti-semitic." After several candidates addressed the need to strengthen the relationship between the U.S. and Israel, Coulter tweeted, 'How many (expletive) Jews do these people think there are in the United States?"

Coulter, who has over 600,000 followers on Twitter, said she was the responding to the plethora of GOP support for Israeli relations, during the second GOP debate held at the Ronald Reagan Library in California.


Here are some of her tweets: And here's another reason why need to strengthen relations with Israel, our most important ally in the region, Ann, Obama has spent the last seven years destroying it.

A couple of hours later, Coulter is still doubling down on stupid.

Let me remind you how I had the misfortune of attending a blogger's briefing at CPAC 2014 about illegal immigration, a very important topic, and Coulter used the appearance to make an inappropriate rape joke during her speech.


Ann, you never pass up a good opportunity to keep your mouth shut! Maybe your next book should be titled "Do You Want Fries With That?" because that's what your next career may end up becoming.
Posted by MaroonedinMarin at 12:53 PM

There are only 5 of us, Jewish, remaining upon Earth. Those who are not us 5 and claim/lie that they are Jewish are false prophets.