Never Mind Trump, The GOP-Establishment's Own Arrogance Will Cost Them 2016 & Us The Country

Let me start of by saying that, so far, if I had to vote in a Republican primary today, I would probably not vote for Donald Trump. Why? I've not been convinced that he is a consistent conservative.

But whether or not Trump lasts through the GOP nominating cycle, I will say this, he has done one thing--he's tapped into the discontent that the GOP base, conservatives, and the Tea Party movement have toward the GOP establishment.

And the GOP establishment has been freaking out this summer, spooked by of their own shadows (as usual) that Trump will cost the 2016 Presidential election to the Democrats. Keep in mind, the GOP country club establishment and their consultants cannot come up with a reason why their candidates are better than Trump, instead, they have only responded by using insults at not just the real estate mogul, but his supporters as well. 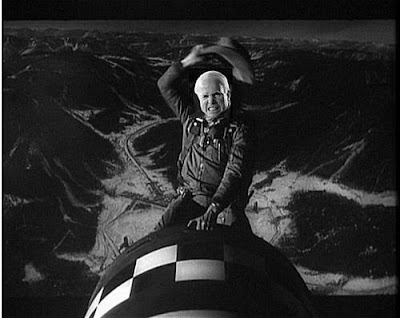 and the guy who deservedly earns the nickname "Porky Pig" from my mother, Karl Rove, called Trump an "idiot". 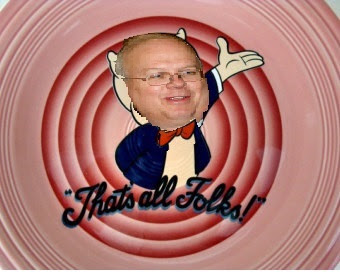 After Trump, the business and television personality leading the Republican field, finished a press conference, host Kate Bolduan–sitting in for Erin Burnett on CNN’s OutFront–sought comment from Wilson and Marlow, especially regarding Trump’s attacks on Bush, the former Governor of Florida.

The two men, before addressing each other, established a stark contrast with the other’s view. Wilson defended Bush on several questions and, unprompted, said: “I don’t work for Jeb Bush, and I’m not here to advocate specifically for him.” All the while, he threw a few bombs at Trump. “Every one of these pressers this guy does is a dumpster fire… most of the things that come out of Donald Trump’s mouth have almost no relationship to the truth under any circumstances. He just makes it up.” He wrapped up with a comparison of Trump’s talking point on forcefully taking Iraq’s oil to a “drunk dad at the local corner bar talking smack.”

While harsh, none of these insults quite matched the intensity of Wilson calling Trump “a giant, epic, douche canoe” on Don Lemon’s CNN program Monday.

George Will, the supposed "conservative" at the Washington ComPost, wants to "purge" Trump and his supporters from the party (Legal Insurrection).


A political party has a right to (in language Trump likes) secure its borders. Indeed, a party has a duty to exclude interlopers, including cynical opportunists deranged by egotism. This is why closed primaries, although not obligatory, are defensible: Let party members make the choices that define the party and dispense its most precious possession, a presidential nomination. So, the Republican National Committee should immediately stipulate that subsequent Republican debates will be open to any and all — but only — candidates who pledge to support the party’s nominee.

Before George Will gets on his high horse about who and what a conservative is, it is important to note that he has also attacked the candidacy of US Senator from Texas Ted Cruz, never mind that Will attacked supporters of Ronald Reagan back in 1974, saying.


But Reagan is 63, and looks it. His hair is still remarkably free of gray, but around the mouth and neck he looks like an old man. He’s never demonstrated substantial national appeal. His hardcore support today consists primarily of the kamikaze conservatives who thought the 1964 Goldwater campaign was jolly fun. And there’s a reason to doubt that Reagan is well suited to appeal to the electorate that just produced a Democratic landslide.

I think there is legitimate reason to doubt Trump being a conservative. Even the late, great Andrew Breitbart made the case in 2011. But the route being taken by the GOP-establishment, with their scorched earth policy, is not the way to make the argument.

One of Trump's fellow GOP rivals, (and aforementioned target of George Will) Ted Cruz, gets it (Politico).


“I would … note that an awful lot of Republicans, including other Republican candidates, have gone out of their way to smack Donald Trump with a stick. Now I think that’s just foolish,” he said.

Asked why, Cruz paused and then replied, “Donald Trump had a rally in Phoenix, Ariz. [to which] between 10 and 20 thousand people came out. When you attack and vilify the people at that rally as crazies, it does nothing to help Republicans win in 2016. I’d like every single person at that rally to show up and vote in 2016, knock on doors with energy and passion, and turn this country around. If Washington politicians show contempt and condescension to those [voters,] that is a path to losing at the ballot box.”

That's why I say the Roves, McLames, Wills and David Brooks, with their contempt of Trump supporters, are doing all they can to cost the 2016 election, thanks to their own arrogance and desire to foist another Bush on us (an even more liberal one that his father), while the GOP consultants get rich and we lose what's left of the country as it was founded.

If Trump's candidacy flames out (as I'm suspecting it will), the only route for the GOP to cruise to the White House is to nominate a consistent conservative who looks at Trump supporters as allies, not people who need to be purged.
Posted by MaroonedinMarin at 4:50 PM