If you consider yourself a Constitutional Conservative and you were in Northern Virginia this morning, you most likely would have been at the Barnes and Noble at the Mall in Tyson's Corner, VA, where nationally syndicated talk show host Mark Levin (aka "The Great One") was signing copies of his new #1 bestseller, "Plunder and Deceit, Big Government's Exploitation of Young People and the Future." 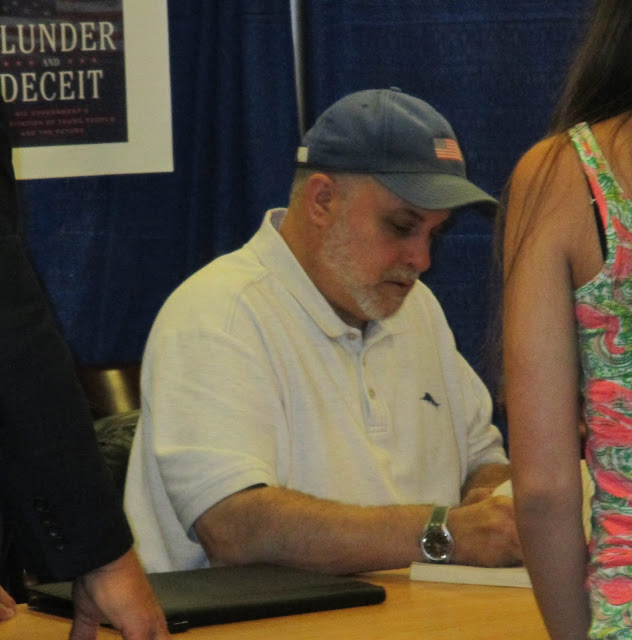 Though the book signing started at 10 a.m., a crowd had gathered before the store opened at 7 a.m. to buy the book and get a wristband to get in line. Unlike years past, where a large queue went out the front of the store, outside, around the mall and through adjoining parking lots, the Barnes and Noble staff grouped people into sections. By the time I got there at around 8 a.m., they were already giving wristbands for Section H. 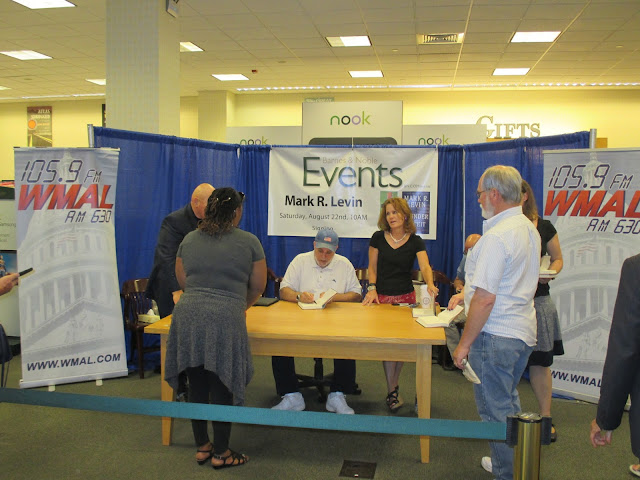 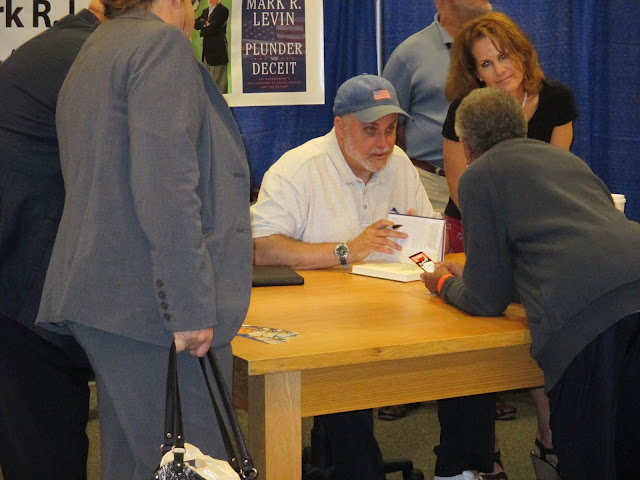 Even after those of us in Section H got our books signed, there was still a large group zig-zagging through various aisles of Barnes and Noble. Keep in mind when I shot this video, sections A through G had already had their books signed.

Here is a shot, from the stairs, of some of those who were among the first to get wristbands, waiting in one section of the store before the event started. These were in wristband groups higher than my section of H. 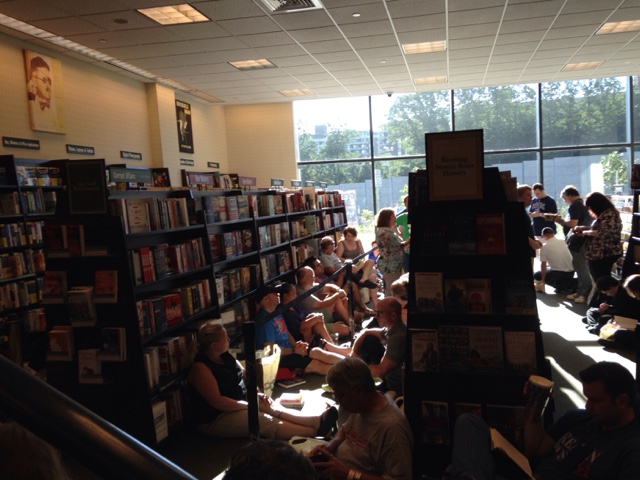 One candidate for Fairfax County School Board (which really needs some more sane voices to join Elizabeth Schultz), had a novel way of campaigning for the upcoming school board election. 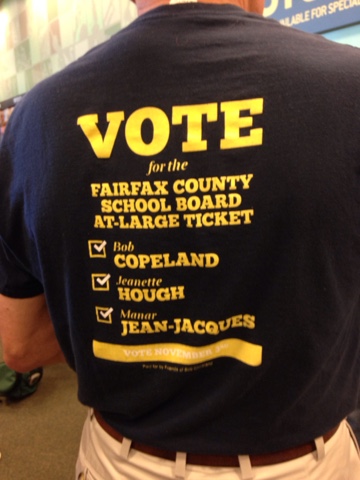 Levin wrote "Plunder and Deceit" with a focus on younger Americans, as a way to help them "find the personal strength and will to break through the cycle of statist manipulation, unrelenting emotional overtures, and the pressure of group think, which are humbling, dispiriting, and absorbing them; to stand up against the heavy hand of centralized government, which if left unabated will assuredly condemn them to economic and societal calamity." That is important, because the liberals who are in charge of the media and popular culture already have a way of propagandizing to young minds the life stories of statists who are endangering their very futures. 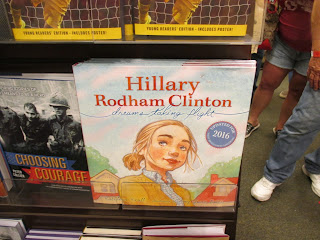 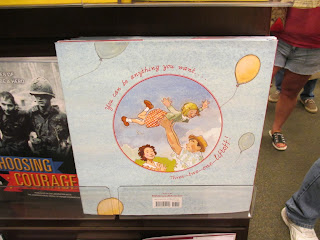 But will this statist's dream end in Attica?

The Tyson's Corner appearance was the next to the last of five book signings Levin is doing for "Plunder and Deceit." He's already appeared in Huntington, NY, Ridgewood, NJ, the Ronald Reagan Presidential Library. The final book signing will be next Sunday, at Costco in Boca Raton, FL. If you haven't bought "Plunder and Deceit" yet, I suggest you do it! 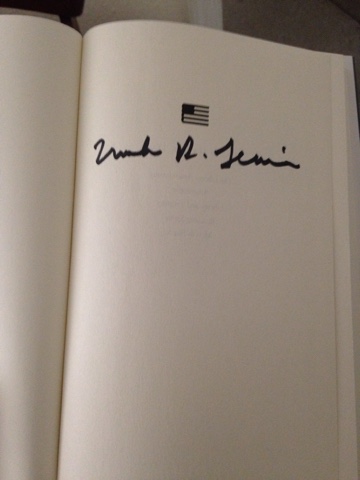 Posted by MaroonedinMarin at 10:29 AM