The Same Obama Who Claimed POTUS "Works For Everybody, Not Some" Uses The People's House To Flip Off Same Sex Marriage Opponents

Flashback to September 2012, on the David Letterman show, when Richard Milhous-Hussein Obama made an appearance to chide Mittens Romney, the worst GOP Presidential candidate ever, over his "47 percent" comment.

"I don't know what he was referring to but I can tell you this. When I won in 2008, 47% of the American people voted for John McCain, they didn't vote for me. And what I said on election night was, 'Even though you didn't vote for me, I hear your voices and I'm going to work as hard as I can to be your president.' And one of the things that I've learned as president is you represent the entire country. And when I meet Republicans, as I'm traveling around the country, they are hard-working family people who care deeply about this country. And my expectation is if you want to be president, then you've got to work for everybody not just for some."


That was then. Last night, Obama used the White House, the property of the American people, to show just who he stands with, besides the Muslims. 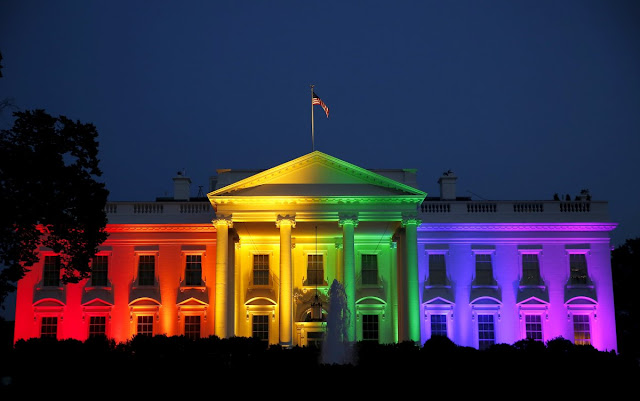 So to those of us who disagree with same sex marraige, and/or the way it was foisted onto the American people, here's what Obama is using the people's house to tell us. 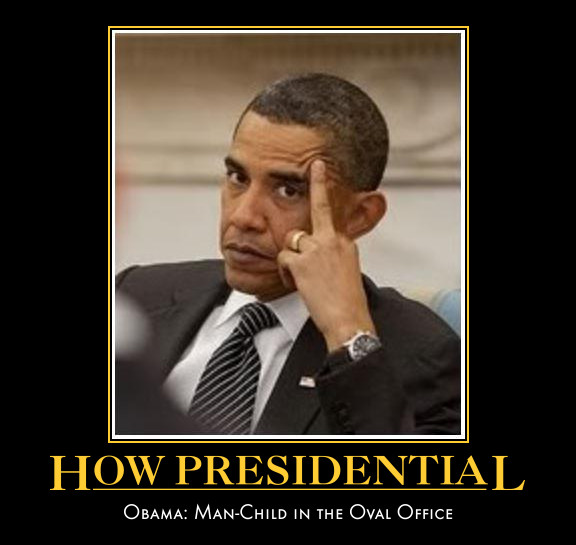 Utter disrespect. And just because he has the title of the President doesn't mean I have to show respect to someone who I believe is the embodiment of all that is evil in America.

Oh, and one more thing, it's OUR house, not your house, you narcissistic SOB!
Posted by MaroonedinMarin at 11:55 AM