This morning, I posted information about how Earth Day was founded on the 100th birthday of Communist revolutionary Vladimir Lenin.

Then, I ran across this article about Ira Einhorn, one of the leaders of the first Earth Day in 1970, thanks to a tweet from Dana Loesch. 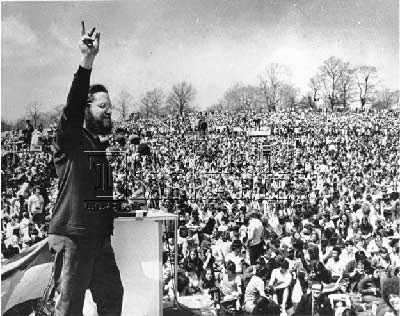 A self-proclaimed environmental activist, Einhorn made a name for himself among ecological groups during the 1960s and '70s by taking on the role of a tie-dye-wearing ecological guru and Philadelphia’s head hippie. With his long beard and gap-toothed smile, Einhorn — who nicknamed himself "Unicorn" because his German-Jewish last name translates to "one horn"  —advocated flower power, peace and free love to his fellow students at the University of Pennsylvania. He also claimed to have helped found Earth Day.

But the charismatic spokesman who helped bring awareness to environmental issues and preached against the Vietnam War — and any violence — had a secret dark side. When his girlfriend of five years, Helen "Holly" Maddux, moved to New York and broke up with him, Einhorn threatened that he would throw her left-behind personal belongings onto the street if she didn't come back to pick them up. 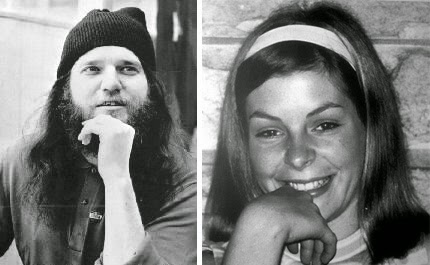 And so on Sept. 9, 1977, Maddux went back to the apartment that she and Einhorn had shared in Philadelphia to collect her things, and was never seen again. When Philadelphia police questioned Einhorn about her mysterious disappearance several weeks later, he claimed that she had gone out to the neighborhood co-op to buy some tofu and sprouts and never returned.

It wasn't until 18 months later that investigators searched Einhorn's apartment after one of his neighbors complained that a reddish-brown, foul-smelling liquid was leaking from the ceiling directly below Einhorn's bedroom closet. Inside the closet, police found Maddux's beaten and partially mummified body stuffed into a trunk that had also been packed with Styrofoam, air fresheners and newspapers.

After his arrest, Einhorn jumped bail and spent decades evading authorities by hiding out in Ireland, Sweden, the United Kingdom and France. After 23 years, he was finally extradited to the United States from France and put on trial. Taking the stand in his own defense, Einhorn claimed that his ex-girlfriend had been killed by CIA agents who framed him for the crime because he knew too much about the agency's paranormal military research. He was convicted of murdering Maddux and is currently serving a life sentence.

Although Einhorn was only the master of ceremonies at the first Earth Day event, he maintains that Earth Day was his idea and that he's responsible for launching it. Understandably, Earth Day's organizers have distanced themselves from his name, citing Gaylord Nelson, an environmental activist and former Wisconsin governor and U.S. senator who died in 2005, as Earth Day's official founder and organizer.


Posted by MaroonedinMarin at 5:05 PM