If you've listened to liberal Democrats like Richard Milhous Hussein-Obama and took them seriously, you'd think all conservatives are a bunch of women-hating cavemen.

Well isn't it interesting that the party and Dicktator who accuse conservatives of waging a #waronwomen are honoring the memory of a Senator from Massachussetts who has the only confirmed kill in that war (Boston Herald).


President Barack Obama is planning to attend the dedication of the new Edward M. Kennedy Institute for the United States Senate in Boston later this month.

The institute is being built on the campus of the University of Massachusetts Boston next to the John F. Kennedy Presidential Library and Museum. The centerpiece is a full-scale representation of the U.S. Senate chamber.

So what kind of activities will go on at the Edward M. Kennedy Institute? 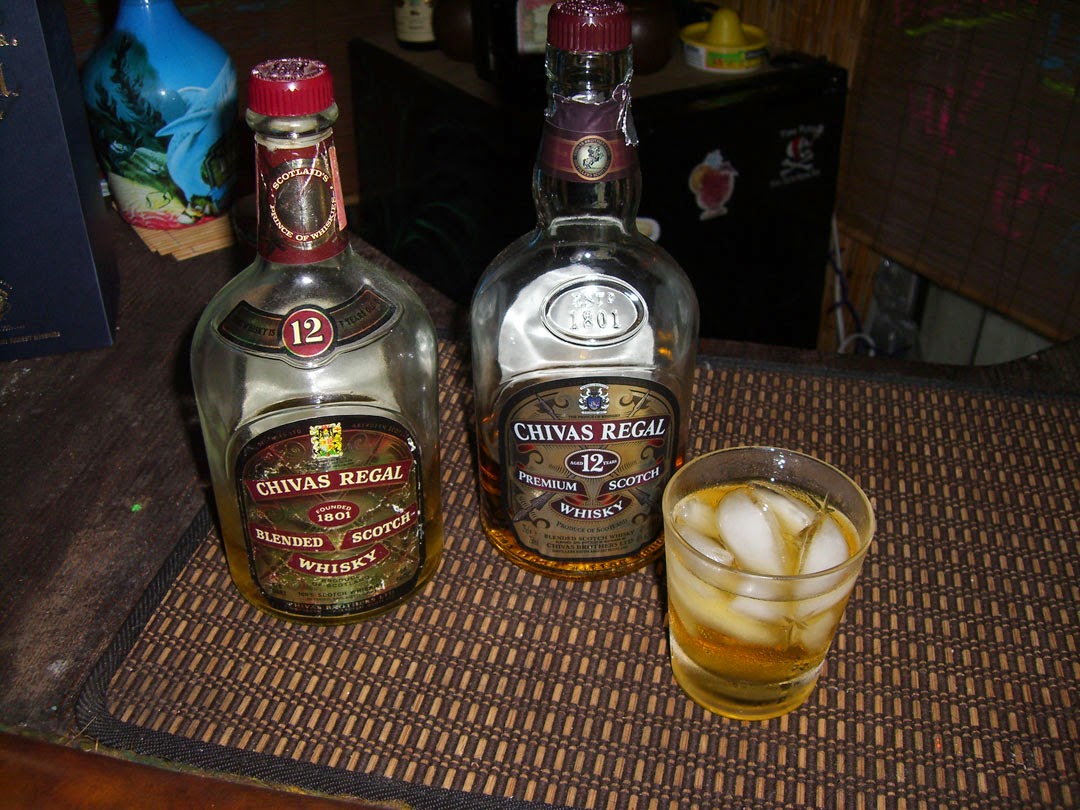 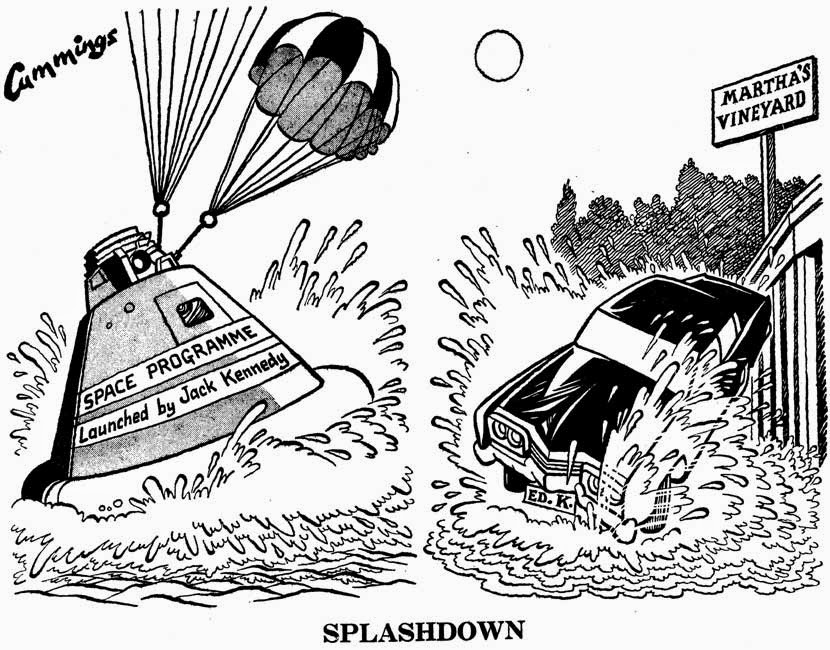 Perfection of the Dodd-Kennedy "waitress sandwich"?


"In December 1985, just before he announced he would run for president in 1988, Kennedy allegedly manhandled a pretty young woman employed as a Brasserie waitress. The woman, Carla Gaviglio, declined to be quoted in this article, but says the following account, a similar version of which first appeared in Penthouse last year, is full and accurate: It is after midnight and Kennedy and Dodd are just finishing up a long dinner in a private room on the first floor of the restaurant's annex. They are drunk. Their dates, two very young blondes, leave the table to go to the bathroom. (The dates are drunk, too. 'They'd always get their girls very, very drunk,' says a former Brasserie waitress.) Betty Loh, who served the foursome, also leaves the room. Raymond Campet, the co-owner of La Brasserie, tells Gaviglio the senators want to see her.

"As Gaviglio enters the room, the six-foot-two, 225-plus-pound Kennedy grabs the five-foot-three, 103-pound waitress and throws her on the table. She lands on her back, scattering crystal, plates and cutlery and the lit candles. Several glasses and a crystal candlestick are broken. Kennedy then picks her up from the table and throws her on Dodd, who is sprawled in a chair. With Gaviglio on Dodd's lap, Kennedy jumps on top and begins rubbing his genital area against hers, supporting his weight on the arms of the chair. As he is doing this, Loh enters the room. She and Gaviglio both scream, drawing one or two dishwashers. Startled, Kennedy leaps up. He laughs. Bruised, shaken and angry over what she considered a sexual assault, Gaviglio runs from the room. Kennedy, Dodd and their dates leave shortly thereafter, following a friendly argument between the senators over the check."

How to participate in a real act of treason as a US Senator by corresponding with our enemies (the Soviet Union) in an attempt to undermine then President Ronald Reagan.

Kennedy offered to have "representatives of the largest television companies in the U.S. contact Y.V. Andropov for an invitation to Moscow for the interview," KGB head Viktor Chebrikov explained in a letter to the general secretary dated May 14, 1983, the file shows. The idea here would be for the Soviet leader to make an end run around Reagan and make a direct appeal to the American people.

The KGB letter to Andropov first came to light in a Feb. 2, 1992 report published in the London Times entitled "Teddy, the KGB and the Top Secret File." Paul Kengor, a Grove City College political science professor, included the document in his 2006 book: The Crusader: Ronald Reagan and The Fall of Communism.

Kennedy suggested that Walter Cronkite, Barbara Walters and Elton Raul, the president of the board of directors for ABC, be considered for the interviews with Andropov in Moscow. He also asked the KGB to consider having "lower level Soviet officials, particularly the military" take part in television interviews inside the U.S. where they could convey peaceful intentions.

Tunney, the former senator, once again served as an intermediary traveling to Moscow in 1983 to relay Kennedy's intentions. In the interest of world peace and improved American-Soviet relations, the Massachusetts Democrat offered specific proposals built around a public relations effort designed to "counter the militaristic politics of Reagan and his campaign to psychologically burden the American people," Chebrikov wrote.

If they need music to play in the Institute, they can pick none other than Paul Shanklin's Teddy K soundalike (via the Rush Limbaugh show) singing "The Philanderer" (in the style of Dion's "The Wanderer").

People on Twitter had fun responding to The White House announcement of the Obama participation in the Teddy K institute opening.

I had some fun with Joe Biden's tweet "With Teddy, it was always about serving others." 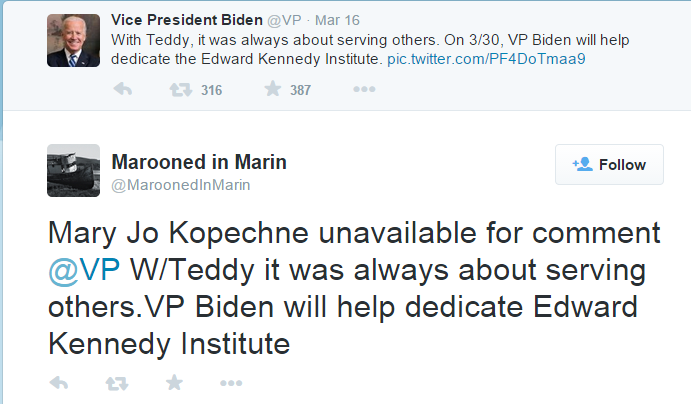 Posted by MaroonedinMarin at 7:04 PM