No, I did not waste my time watching Obama lie to Congress and the American people last night, it was a good time to clean the bathtub and the rest of the bathroom.

But I did hear this morning this one line that had me shaking my head (CNN).


"No challenge  poses a greater threat to future generations than climate change," said Obama in his State of the Union speech Tuesday.

Well, in case you haven't been outside, it's pretty cold out there. I would sure love to feel some of that gloBULL warming right now.

But let me ask this.

How many people have been beheaded by "climate change" (aka GloBULL Warming)?

How many bombs has "climate change" set off?

Was "climate change" responsible for the deaths at Ft. Hood, Texas, a recruiting station in Little Rock, AR, the Boston Marathon, Benghazi, the genocide against Christians in the Middle East, beheadings, crucifixions in Iraq, and the recent killing of cartoonists in Paris, France?

Anyone who has half a brain knows that "climate change" isn't responsible for any of that.  It is radical Islamism, a phrase which Obama and the rest of his Regime refuse to acknowledge. 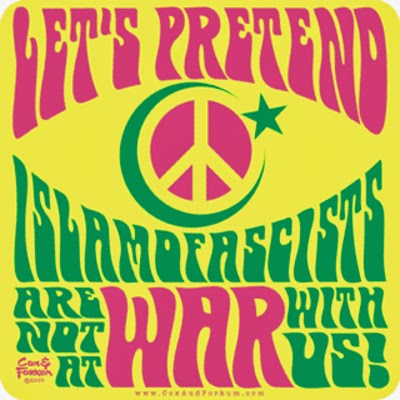 Instead, they unearth old 1970s folk singers to fight that. Look, I like James Taylor's music (can't stand his politics), but only a hippie whose brain had been fried by the brown acid at Woodstock is delusional enough to think you can stop aggression of madmen with a guitar and a song.

And, not so fast on the claims that 2014 was the warmest year on record (IBD).


In one sense, the breathless stories are correct: 2014 was the hottest year on record — by no more than four-hundredths of a degree. But that's based on surface thermometer records, which are not reliable.

Better measurement is done by satellites, and they indicate 2014 was the third-warmest in the 36 years that satellites have been used to document temperatures.

John Christy, a professor of atmospheric science and director of the Earth System Science Center at the University of Alabama in Huntsville, says the satellite data show that temperature changes since 2001 are "statistically insignificant."

As expected, though, some scientists — a few of whom are considered "distinguished" — take the hottest-ever report as confirmation that man is dangerously warming his planet due to fossil-fuel use.

But a few have kept their heads. Roger Pielke, professor of atmospheric science at Colorado State University, told the Post that "there remain significant uncertainties in the accuracy of the land portion of the surface temperature data, where we have found a significant warm bias."

Judith Curry, professor at Georgia Tech's school of earth and atmospheric sciences, said that "with 2014 essentially tied with 2005 and 2010 for hottest year," the implication is "that there has been essentially no trend in warming over the past decade."

"This 'almost' record year does not help the growing discrepancy between the climate model projections and the surface temperature observations," she added.

There's simply nothing to see here. But that's the way it's always been with the global-warming swindle.

Which is what I've said all along. GloBULL Warming is a man-made fraud, with algore making money as the modern-day travelling medicine show man, making a fortune swindling the public that he can easily fool.

If you don't believe me, then listen to 60 year meteorologist John Coleman, co-founder of the Weather Channel and former weatherman on Good Morning America, who has spent the last few years telling everyone what a fraud gloBULL warming is.

Posted by MaroonedinMarin at 5:42 PM