Attorney General and current GOP Candidate for Virginia's Governor Ken Cuccinelli started on a 72 hour statewide campaign trip this morning that is taking him across the state, with several GOP heavyweights appearing with him to rally the vote for Tuesday's election. 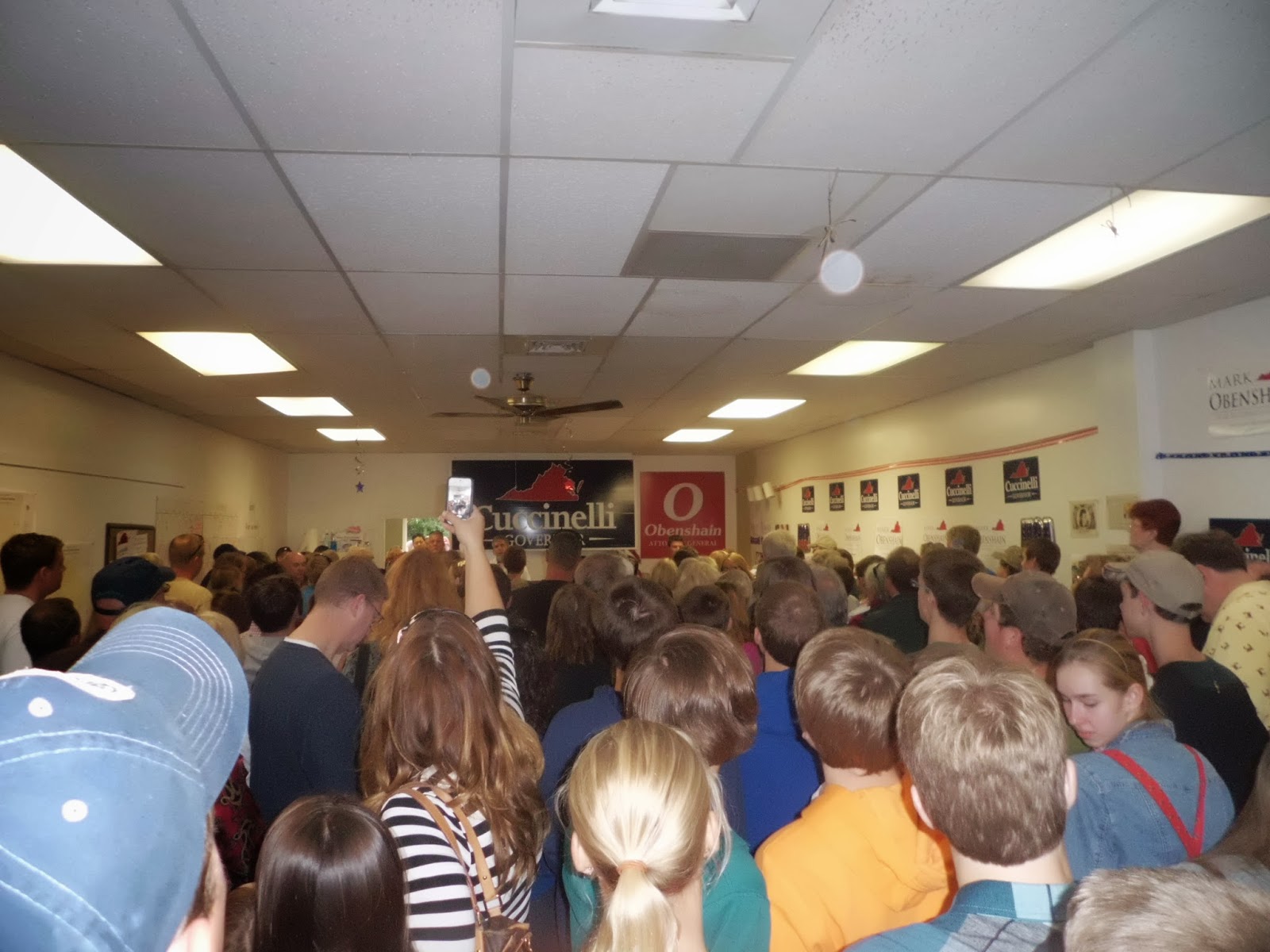 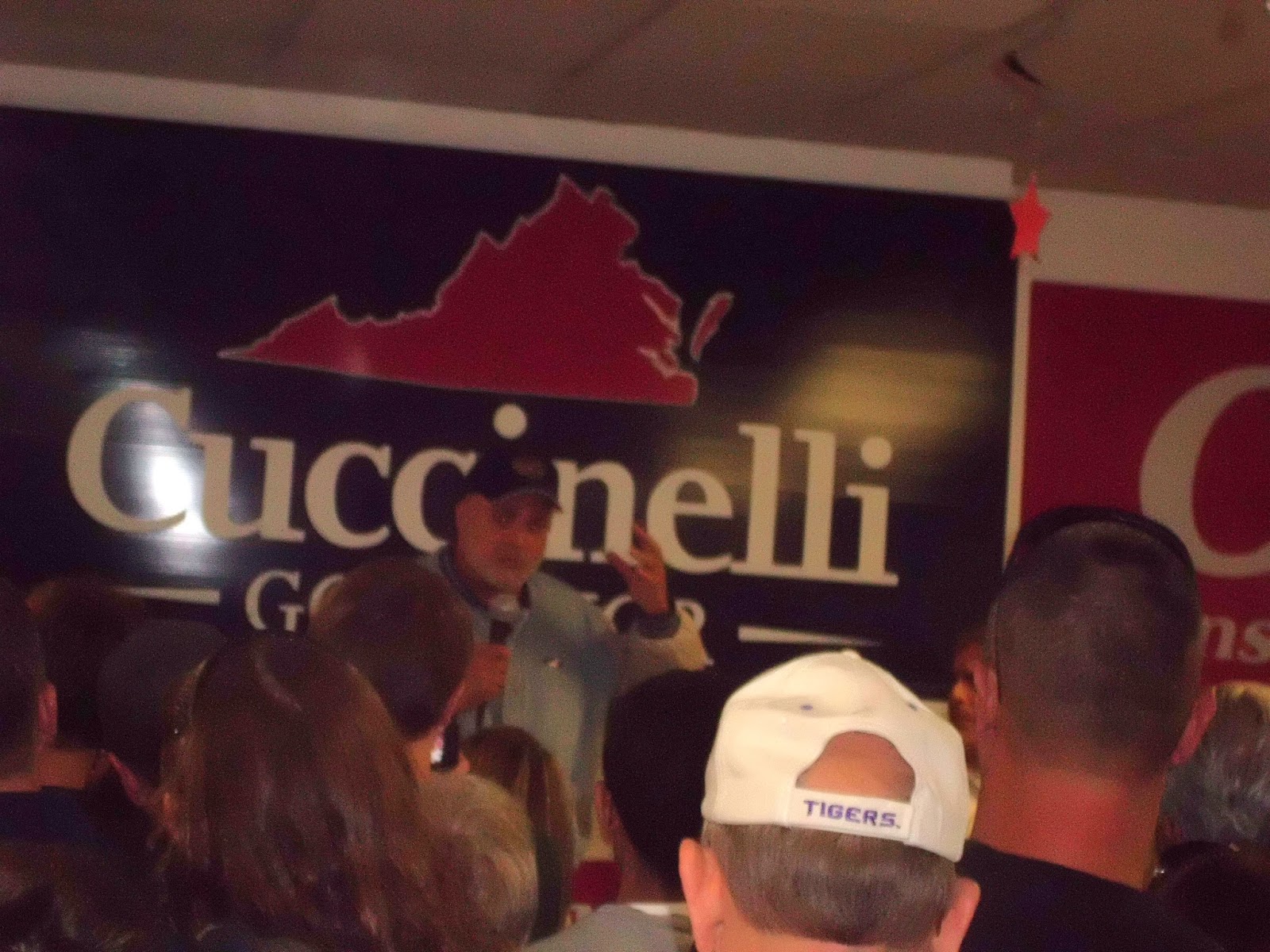 Levin began by defending Cuccinelli against the vicious and untrue smear attacks that "Terrible" Terry McAwful has launched against him, with the help of millions of liberal dollars from outside the state. He also told the crowd he would be privileged to announce on his radio show Tuesday night that Cuccinelli is the Governor-elect of Virginia.

Cuccinelli followed and thanked voters for their support and spoke to the over-capacity crowd (video of speech cut off due to camera battery). 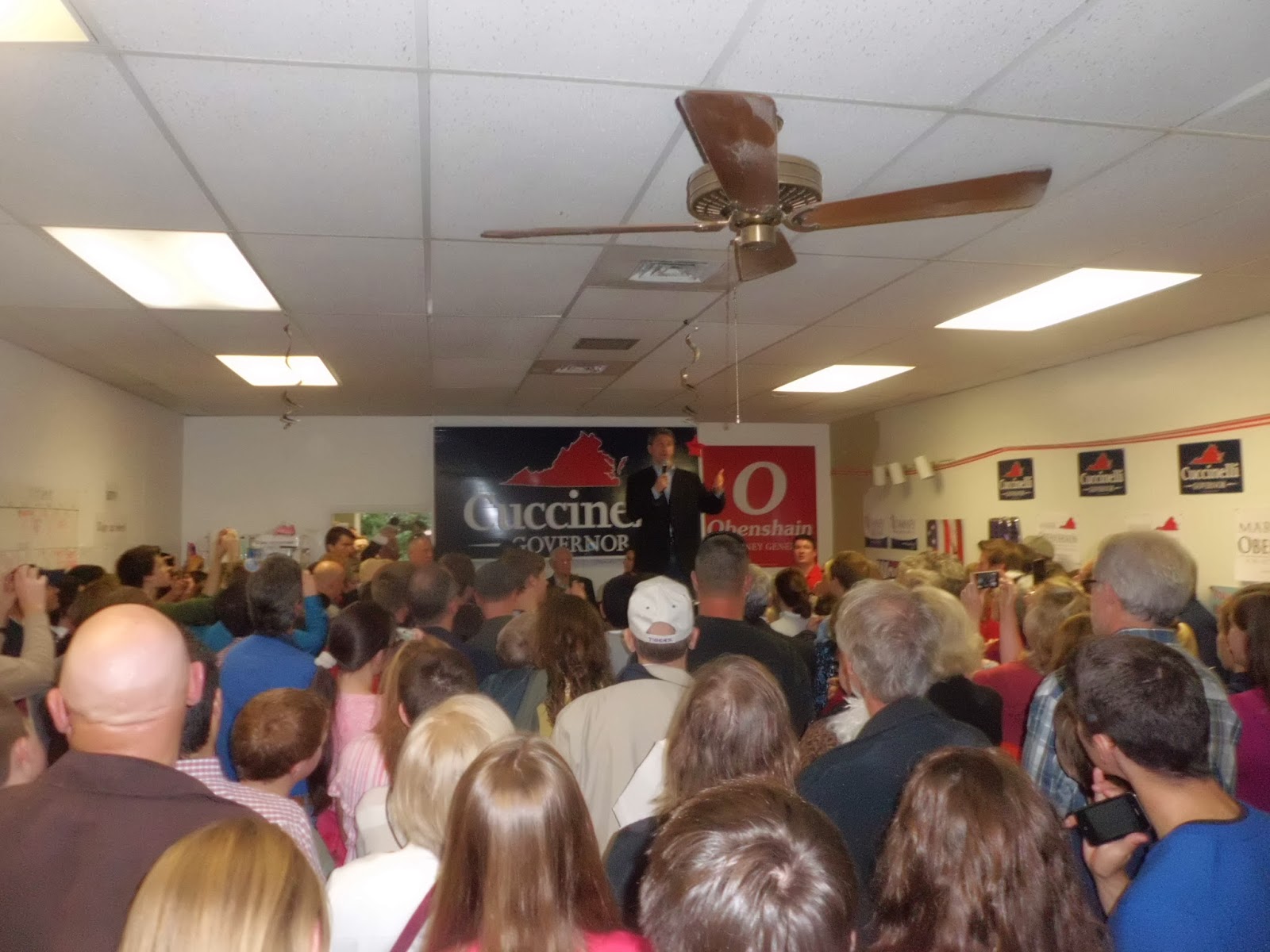 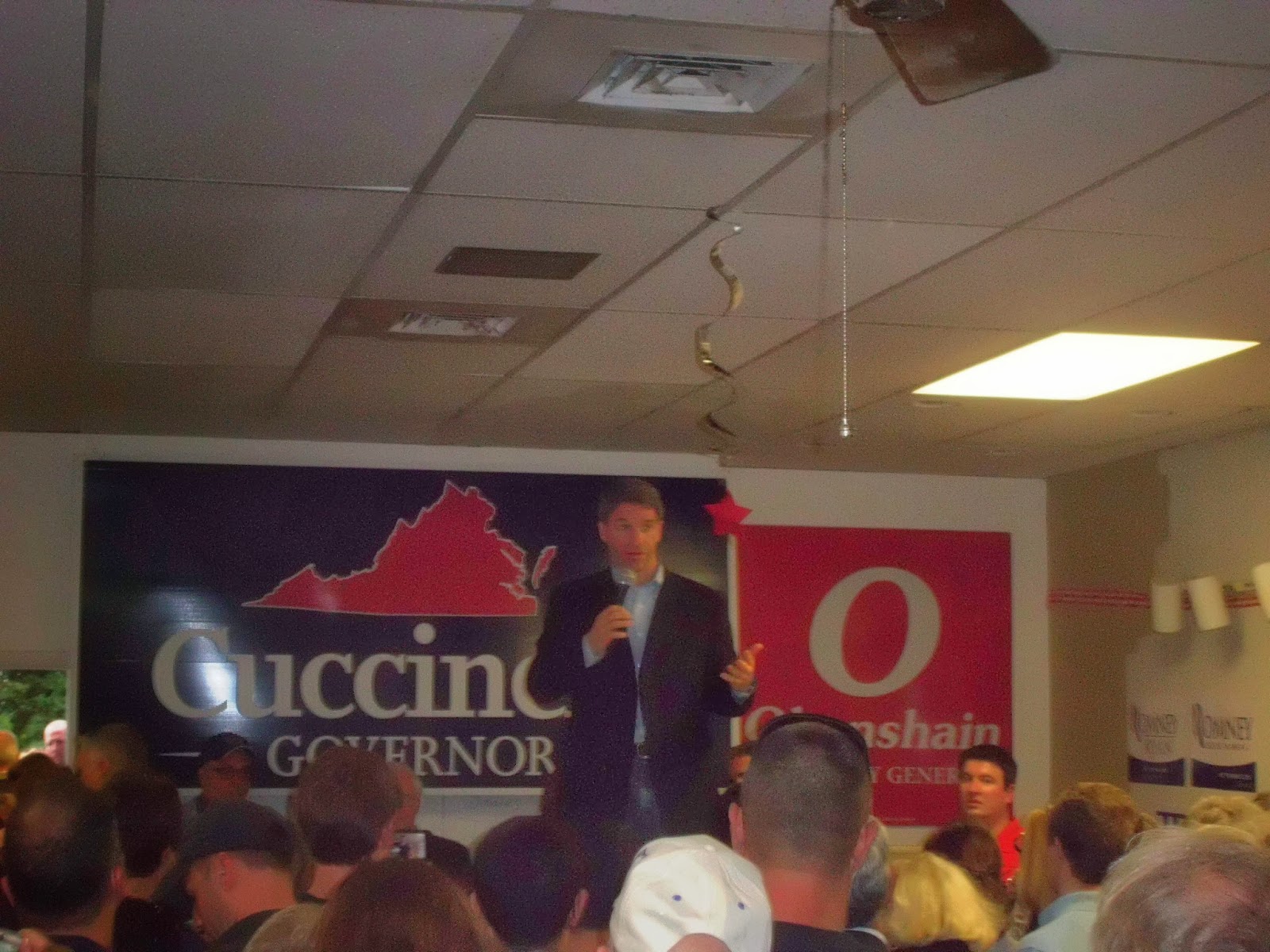 Afterwards, Cuccinelli met with supporters outside ... 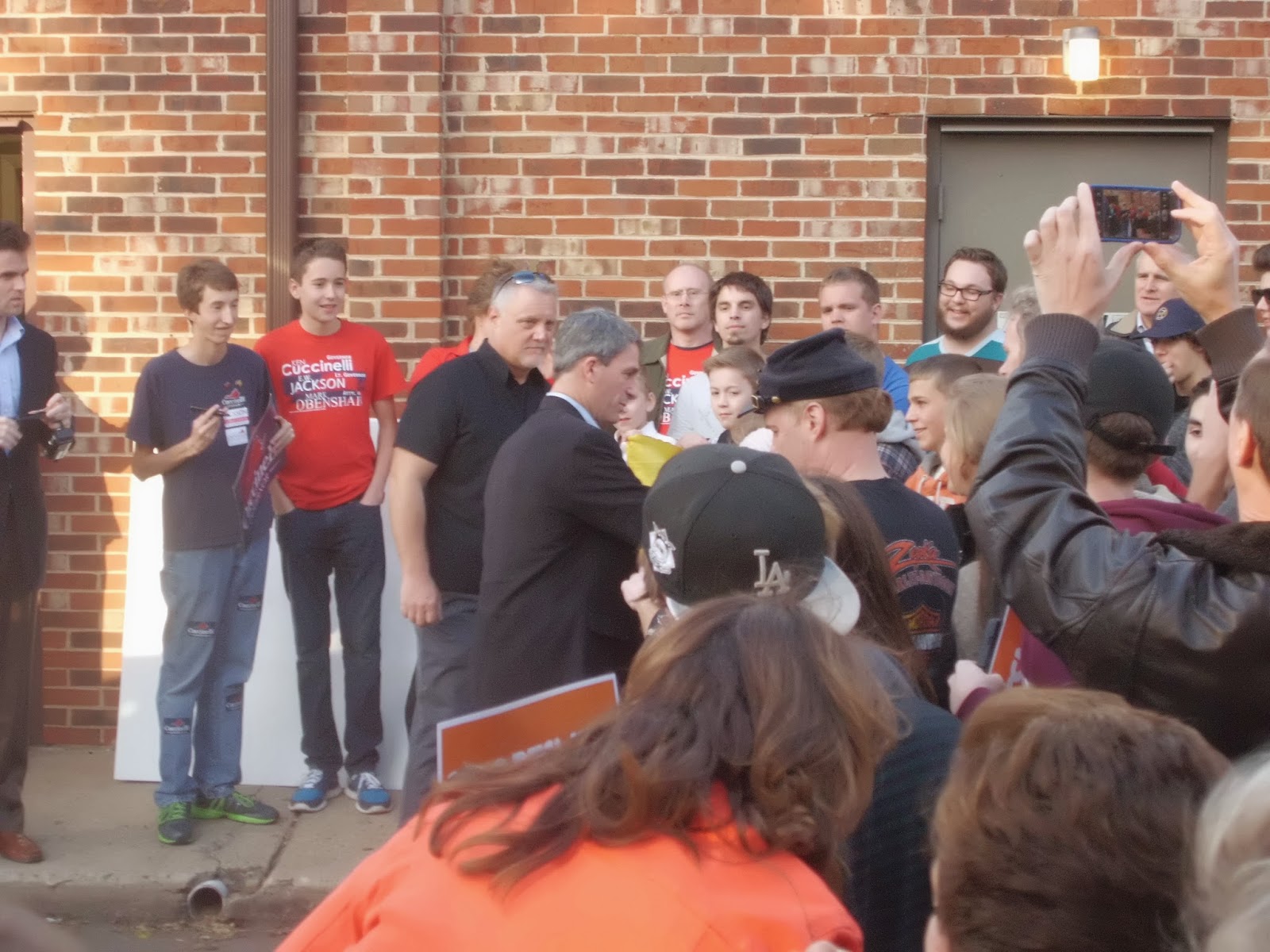 Then drove onto Fairfax and Prince William County, VA for similar appearances this evening.
Posted by MaroonedinMarin at 4:04 PM