It was a year ago that the American consulate in Benghazi, Libya, was attacked.  Four Americans were killed, including Ambassador Chris Stevens.

The President, and Hillary Rotten Clinton lied to the families and the American people, that the attacks were caused by an anti-Islamic video on YouTube.  Since their lies have been exposed, the Regime has not been forthcoming to explain what happened and why no military aid was sent to rescue our people. 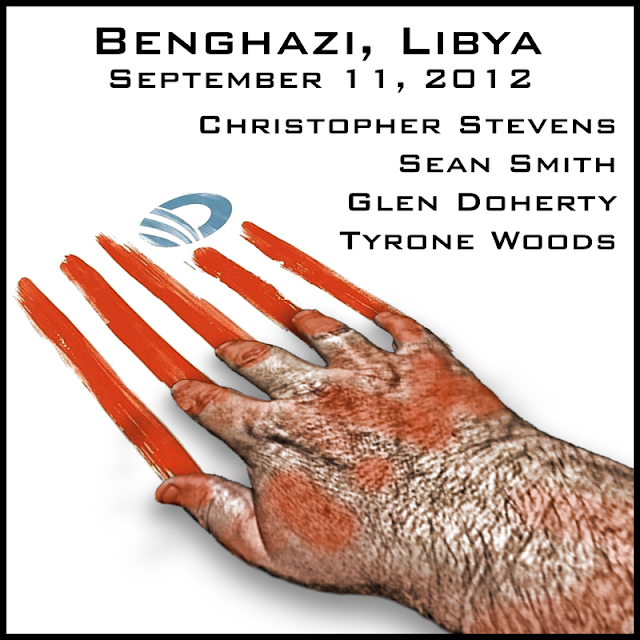 A year later, the families of the four heroes have no answers (USA Today).


In the United States, the families of those killed a year ago at the consulate say the Obama administration has yet to tell them what really happened, and why it is that none of the killers has been captured or killed.

It's hard, I never expected this from my government," Patricia Smith, mother of Sean Smith, told Fox News. "All they have to do is tell me the truth."

Sean Smith was an information officer at the consulate who was among four people killed in the Sept. 11, 2012, attack by al-Qaeda-linked terrorists.

Secretary of Hate John "the Lurch" Kerry had tried to keep survivors from testifying to Congress, but the word is today that the CIA director has cleared them to appear.

A bomb went off in Benghazi today, which is symbolic of how the terrorists no longer fear the United States, because of the refusal to confront Islamofascism and their Sally Field diplomacy with the Muslim street.

Posted by MaroonedinMarin at 4:33 PM