As a follow up to the killing of Christopher Lane in Oklahoma by some "bored" teens, sad news from Spokane, WA, as a World War II vet who survived the bloody battle at Okinawa Island was beaten to death in a parking lot, allegedly by two black teenagers.  One of the suspects is now in custody (USA Today). 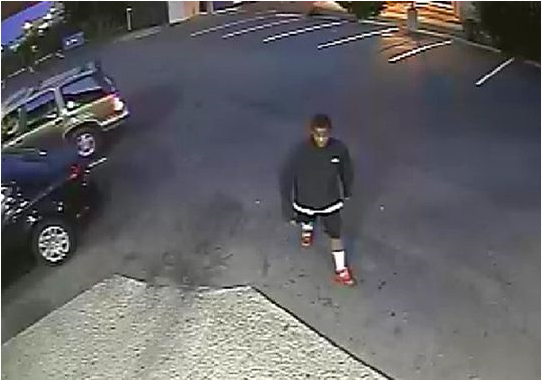 Spokane police said Friday they have arrested one of two teenagers wanted as suspects in the beating death of an 88-year-old World War II vet who was wounded at Okinawa.

Delbert Belton, known as "Shorty," died Thursday from head injuries suffered in the attack Wednesday night outside the Eagles Lodge.

KHQ-TV reports that the 16-year-old is being held in juvenile detention but will be charged as an adult and faces first degree murder and first degree robbery charges.

Police had released the photos of two teenagers seen in area surveillance footage.

Police say they received a call about an assault and found the victim sitting in his car. The medical examiner said Belton suffered "blunt facial and head injuries" and ruled his death a homicide, The Spokesman-Review reports.

KXLY-TV quotes witnesses as saying two black male suspects attacked Belton as he was about to head inside the lodge to play pool. KHQ-TV reports that police believe the assault was a random attack.


Meanwhile, you don't hear the same level of outrage at the brutal killing of this man who risked his life for our nation by Richard Milhous Obama, the racist Attorney General Eric Holder, or those two phony "Reverends" Jesse Jackson and Al Sharpton.  But they'll get their bullhorns out and make a martyr of Trayvon Martin, while the President of the United States claimed that pot smoking, ghetto thug would have been his son.

Where's the NAACP?  I'm sure they'll be out using Martin's name as they hijack the legacy of Martin Luther King Jr. this weekend on the 50th anniversary of his "I have a dream" speech.

But there's never any accountability for murder from these race hustlers, because it isn't a "creepy ass cracker" who acted in self-defense.
Posted by MaroonedinMarin at 10:58 AM