Earlier this afternoon, I went to the Barnes and Noble at Tyson's Corner, VA for Mark Levin's latest bestseller, The Liberty Amendments: Restoring the American Republic. 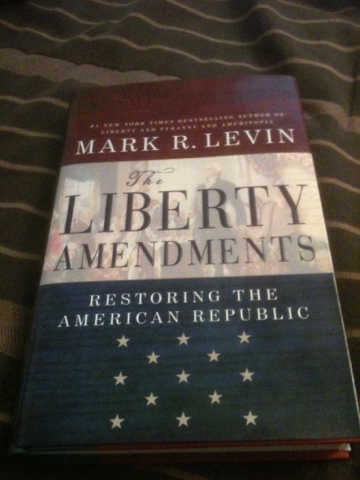 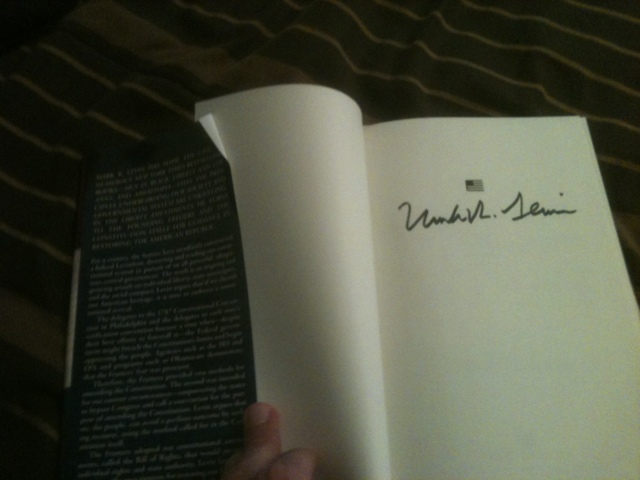 "The Great One" started the booksigning at 10 a.m. I arrived around 3:00 p.m. and had a signed copy about 45 minutes later. I heard from employees that the first 20 people were lining up at around 5 a.m. to be at the front of the line....five hours before the book signing was to begin. 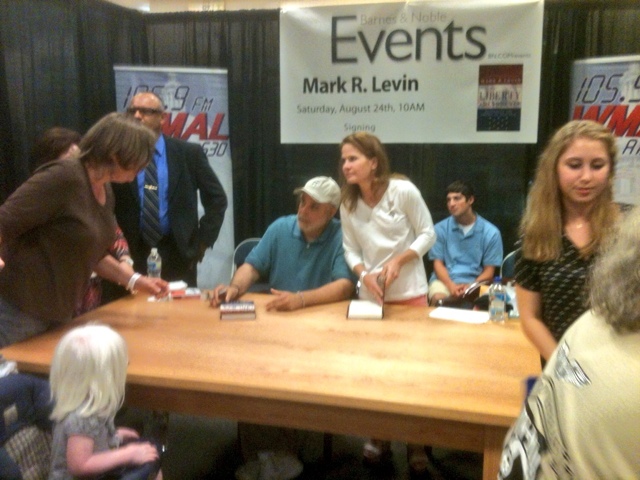 The Liberty Amendments has debuted at the top of the New York Times bestseller list, along with many other lists as well. It has been a number one at Amazon as well.

It's one thing to complain about the problem of Obama and the liberals unconstitutional overreach into more of our liberties aided and abetted by a rogue judiciary. But complaining only goes so far. Levin offers ideas on how we can get our nation back to the principles it was founded upon, and so far, he's the only one I see proposing a way forward.  Rinse Preebus, John McLame, Lindsey Grahamnesty or Chris "Krispy Kreme" Christie aren't.  They just want to maintain the status quo.

I'll report back on The Liberty Amendments after I've read it. Go out and buy a copy or order it online.
Posted by MaroonedinMarin at 3:40 PM

Email ThisBlogThis!Share to TwitterShare to FacebookShare to Pinterest
Labels: marklevin

Excellent blog you’ve got here.It’s difficult to find high-quality writing like yours nowadays. I really appreciate individuals like you! Take care!! Please check out my site.
live-in care