North Carolina Hippie Has Political Argument With Woman, Allegedy Tried To Run Her Down With Car

So will the Obama Regime decide to ban cars, or categorize them as assault weapons, after a North Carolina hippie allegedly tried to attack a woman who criticized his politics by driving his car into a bar trying to hit her with it (WWAY).


Investigators say Friday night, 26-year-old Jacob Spivey drove into the side of Katy's on South College Rd. on purpose.

Police say Spivey got into a political argument with a fellow patron at Katy's restaurant and bar.

They say he was so upset he left the bar and got in his car, but not to leave.

Detectives say Spivey drove his car through the wall of the restaurant in an attempt to run down the woman he had argued with.

That woman was sent to the hospital with severe cuts and broken bones but is expected to be okay.

Police later found Spivey and they say he admitted he drove through the restaurant on purpose.

Spivey was charged with hit and run causing serious injury, reckless driving, injury to real property, and 11 counts of assault with a deadly weapon.

Here's a photo of Spivey, thanks to StarNews Online: 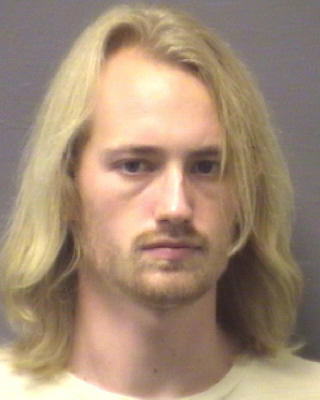 According to North Carolina voter records, Spivey is a registered Democrat.  How many Obama stickers does he have on his car?
Posted by MaroonedinMarin at 3:42 PM