Hillary "What Difference Does It Make?" Rep. Duncan, "I'll Tell You..."

Secretary of State Hillary Rotten Clinton finally showed up on Capitol Hill today to testify on the lingering questions that have not been answered in regards to BenghaziGate, the attack on the US Consulate in Libya on September 11, 2012.

Unfortunately, in the Senate, it looked as though the DC Political Class was protecting themselves. Democrats, proving why they are the Party of Treason, stood by Hillary and Obama's lies while attacking the GOP and "budget cuts."

The only two bright points in the Senate today was questions by Sen. Ron Johnson.


After which Hillary responded in the manner that has earned her the comparison of... 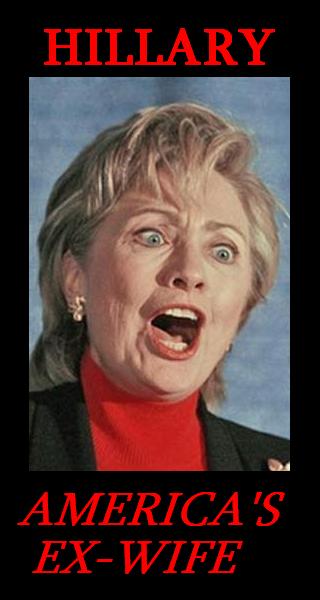 Sen. Johnson was followed soon by Sen. Rand Paul who, let's just say, "knocked it out of the park!"
﻿

As Sen. Paul noted, $80 million was spent on a consulate that is not going to be built.  Plus, Sen. Paul did not note how $70,000 in taxpayer funds was spent on an "apology" video in which Richard Milhous Obama and Hillary Rotten appeared that was shown in Pock-EE-Sthan, back when the Obama Regime was blaming an obscure YouTube video for the attacks.
But it got better in the House, as Rep. Jeff Duncan of South Carolina set the Hildebeast straight on Why It Makes A Difference (video via NiceDeb).


Of course, neigher Hillary or the Regime will answer why not only were warnings of an attacks ignored, but a State Department website was scrubbed of a memo stating no threat warnings for 9/11/2012.
Posted by MaroonedinMarin at 6:27 PM