Even in ultra liberal California, people understand how precious the Second Amendment is.

Donald Douglas at American Power was at the gun show in Orange County, CA. You can read his entire report here.

He reports that there were long lines getting not only into the show: 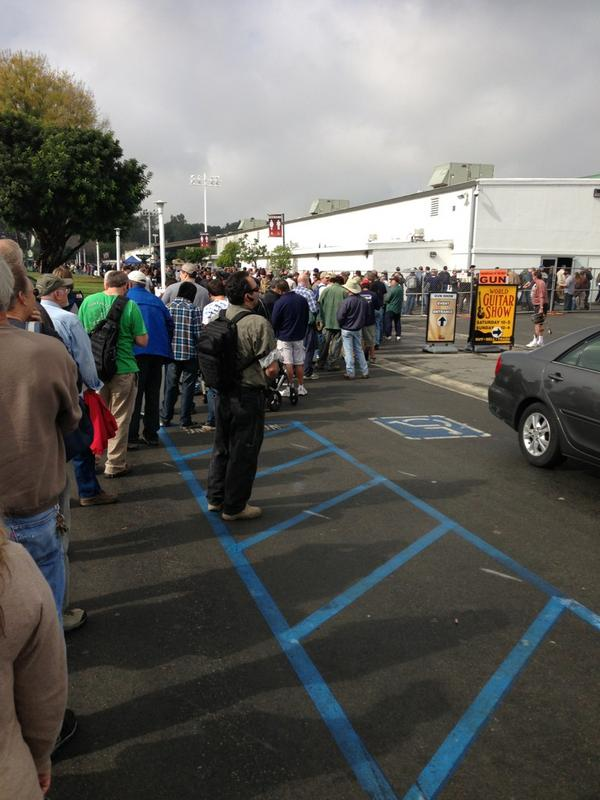 But also to get ammunition, which people are having a hard time finding these days. 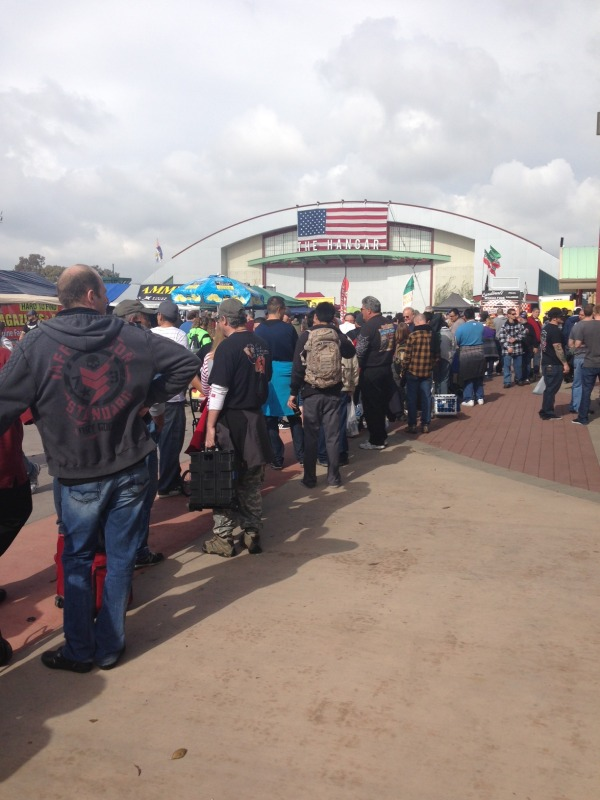 Somewhere, the gun grabbing Senator from California Dianne Feinstein is disappointed. Which is great! Now, if we could get enough of these people to purge these freedom hating liberals from office at the ballot box, California and America would be in better shape.
Posted by MaroonedinMarin at 7:03 AM