This morning, I wrote:


If these protests are anything like Wisconsin, it will probably get worse.

It did this afternoon.

As it did back in 2011, it began when a Democrat threatened violence if Michigan's right-to-work legislation passed.


The threat was retweeted by the Michigan Democrat Party (later erased but saved by Dana Loesch). 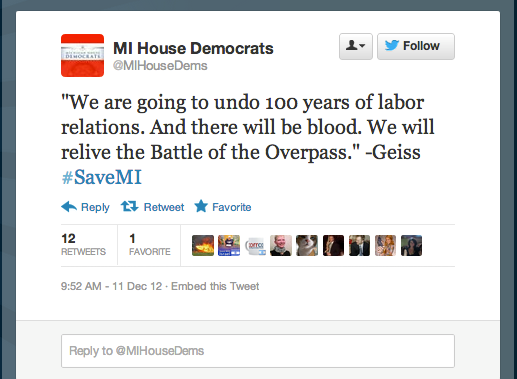 Then union goons attacked the tent for Americans for Prosperity, when people (including women and children, from what I understand) were inside. In the process, Steven Crowder, a conservative blogger and comedian was punched four times (videos via Legal Insurrection).


Here's a photo of the attacker, via (LI and Dana Loesch).  A reward is being put together for information leading to his arrest. 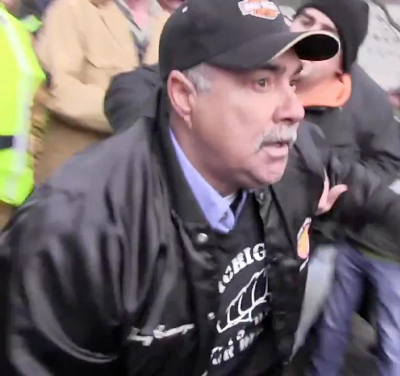 Needless to say, is it any wonder that Obama yesterday, as he did almost two years ago in Wisconsin, cast his lot with the labor unions who have supported him?  Yes, the same Obama who lectured Mitt Romney about "representing all of America" as well as about "civility.

Well, where is your condemnation of this violence and the uncivil Democrat rhetoric from Rep. Doug Geiss, Richard Milhous Obama? Debbie Wasserman-Schultz?  Aren't we supposed to talk to each other "in a way that heals, not in a way that wounds?" (Flashback 2011)