Well, no last minute cancellations, the Commander-in-Chief gave a big middle finger to US troops and their families by not only attending a Christmas charity concert by (c)rapper Psy, who once sang of our military:


"Kill those f--ing Yankees who have been torturing Iraqi captives and those who ordered them to torture. Kill them all slowly and painfully, Kill their daughters, mothers, daughters-in-law and fathers."

President Barack Obama was photographed meeting and shaking hands with 'kill US troops and their families' rapper PSY at tonights Christmas in Washington charity concert.

PSY is obscured in the photo, but one can see the red sequin sleeve of the glitter shirt he is wearing in a backstage photo with Vice President Joe Biden and the other performers: 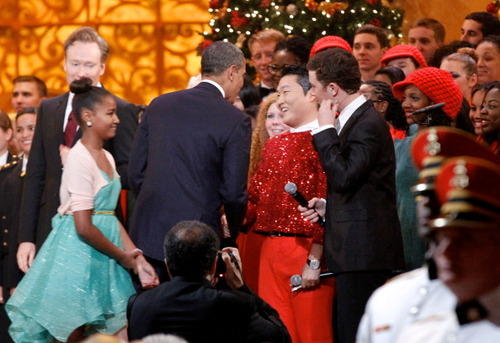 This was Psy in 2002, via the UK Daily Mail, smashing a model of a US Army tank: 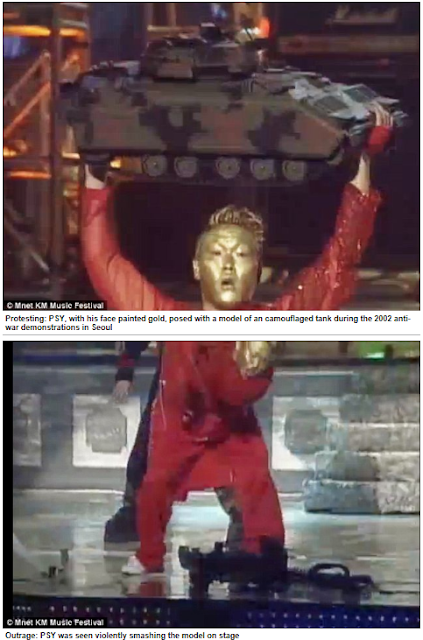 So the Commander-in-Chief just snubbed the members of our military and their families, some of whom expressed disgust, by ignoring their protests and appearing with an entertainer who called for their murder.﻿
﻿
Posted by MaroonedinMarin at 3:30 AM

At least Obama did not bow to him...