Narcissist-in-Chief Posts Photo Of Himself For Pearl Harbor Remembrance

As with Neil Armstrong, the Vietnam Memorial on Memorial Day and Rosa Parks, it's all about Him (via Twitchy).


He just can’t help himself. On the 71st anniversary of the attack on Pearl Harbor, President Obama commemorated the somber occasion by honoring … President Obama. The White House Twitter account sent out this photo today (taken in 2011): 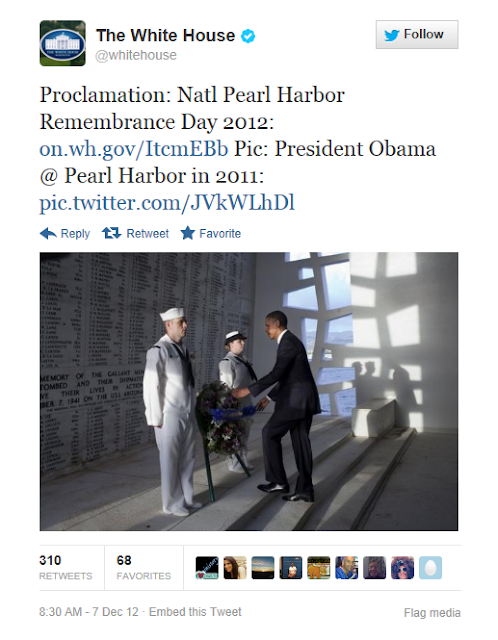 From 2007, a post remembering a real hero, a family friend who received the Navy Cross for his actions on the USS Nevada during the Pearl Harbor attack.
Posted by MaroonedinMarin at 11:13 AM