After Being Fired For Drinking & Toking Up On The Job, Union Autoworkers At Taxpayer Bailed-Out Chrysler Back On Job

Thirteen employees who were fired from a Chrysler plant in Detroit for drinking and smoking dope on their lunch breaks have been reinstated back at their jobs two years later, thanks to their labor union, the United Auto Workers or UAW (AutoBlog.com). 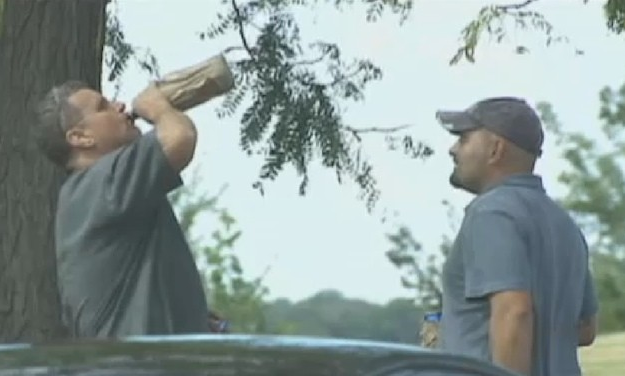 "Chrysler Group LLC acknowledges the reinstatement of a number of employees from the Jefferson North assembly plant who were discharged from the company in September 2010 after appearing in a local TV station's story about their off-duty conduct."

While the company does not agree with the ultimate decision of the arbitrator, we respect the grievance procedure process as outlined in the collective bargaining agreement and our relationship with the UAW. Unfortunately, the company was put in a very difficult position because of the way the story was investigated and ultimately revealed to the public. These employees from Jefferson North have been off work for more than two years. The time has come to put this situation behind us and resume our focus on building quality products that will firmly establish Chrysler Group's position in the marketplace."

Clearly, Chrysler isn't pleased with this outcome, and we don't blame them one bit. The automaker declined to comment when Fox asked if the workers received compensation for the two years they were suspended without pay and ultimately fired.

How could an arbitrator possibly side with the fired workers? Much like the automaker itself, we're at a loss for words. A video report from Fox can be seen below.


UPDATE: Chrysler has further responded to this matter by issuing a longer, official statement on its media blog. You can also read the full response below.

The original report from September 2010:


Almost year later, at another Chrysler plant, more union workers were found chug-a-lugging and toking it up near their UAW union hall.

Chrysler, along with GM, was bailed out with taxpayer money. The UAW, as have most labor unions, have been some of Richard Milhous Obama's loyal supporters.
Posted by MaroonedinMarin at 6:16 PM