A couple of days after celebrity idiot Jamie Foxx called Richard Milhous Obama "our Lord and Saviour," a painting is on display in Boston showing Obama as a crucified, Christ-like figure (Fox News Radio). 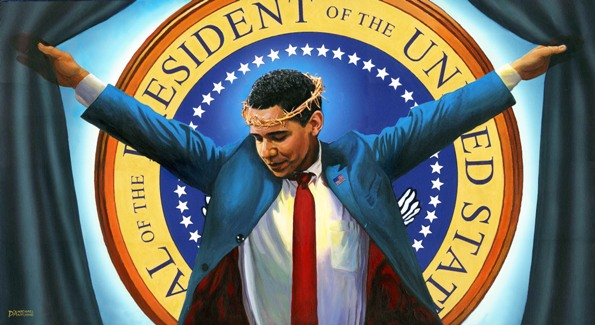 A painting that features President Obama posed as Jesus Christ crucified on is on display at a community college art gallery in Boston.

The painting by Michael D’Antuono is part of a larger exhibit called “Artists on the Stump – the Road to the White House 2012.” It’s on display at the Bunker Hill Community College Art Gallery until Dec. 15th.

....The painting is called “Truth” – and shows the president with his arms outstretched. A crown of thorns rests on his head.

It was originally supposed to debut nearly four years ago at New York City’s Union Square. But that event was cancelled due to public outrage.

“I always regretted cancelling my exhibit in New York because I feel my First Amendment rights should override someone’s hurt feelings,” D’Antuono told Fox News. “We should celebrate the fact that we live in a country where we are given the freedom to express ourselves.”


Except, of course, if you make a YouTube video mocking Mohammed, in which case the Obama Regime will put you in jail, as the "the future must not belong to those who slander the prophet of Islam."


A spokesperson for the art gallery told Fox News there hasn’t been any criticism of the painting.

D’Antuono said the public exhibition “has afforded me the ability to right a wrong.”

He dismissed critics who called the display blasphemous.

“The crucifixion of the president was meant metaphorically,” he told Fox News. “My intent was not to compare him to Jesus.”

D’Antuono blamed the controversy on conservative media “trying to promote the idea that liberals believe the president to literally be our savior.”


Excuse me, conservative media promotes the idea that liberals believe Obama to be their savior? Liberals do a pretty damn good job of that. I already mentioned Jamie Foxx. Here's more examples.

The "Halo" images from the Obama Lapdog Media: 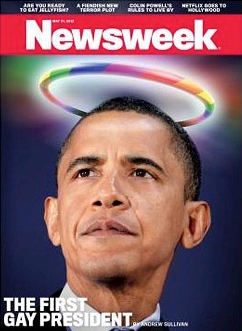 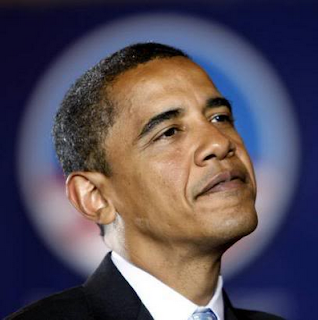 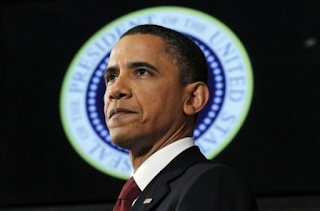 The 2007 paper mache statue of Obama, "The Blessing" 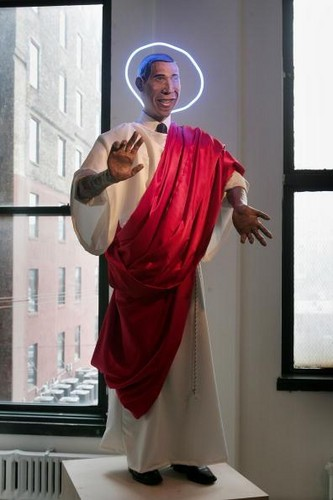 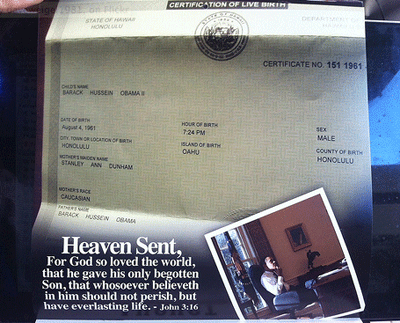 
A website in 2008, which called itself “Is Barack Obama the Messiah?,” carried this quote: “OBAMA BE THY NAME, THY CHANGE WILL COME, THY WILL BE DONE …”

In an interview with the Associated Press, British pop singer Sting said Obama could be the divine answer to the world’s problems: “In many ways, he’s sent from God, because the world’s a mess.

Maggie Mertens, associate editor of the student newspaper Smithsophian at Massachusetts’ Smith College, wrote that “I will follow him” because “Obama is my Jesus”
Nation of Islam leader Louis Farrakhan declared that when Obama talks, “the Messiah is absolutely speaking.”

Even the Dutch were similarly stricken with the messianic zeal. Extolling Obamacare, an editorial in the Dutch newspaper Politiken in 2009 actually declared that “Obama is, of course, greater than Jesus.”

Obama himself encouraged the idolatry. In a speech on January 7, 2008, at Dartmouth College just before the New Hampshire Primary, the POS told the gullible students: “A light will shine through that window, a beam of light will come down upon you, you will experience an epiphany, and you will suddenly realize that you must go to the polls and vote” for Obama.

Evan Thomas of Newsweak, Obama is "sort of a God" 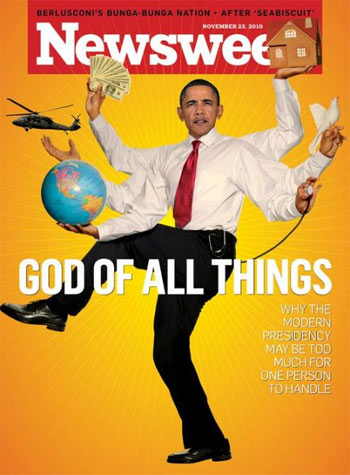 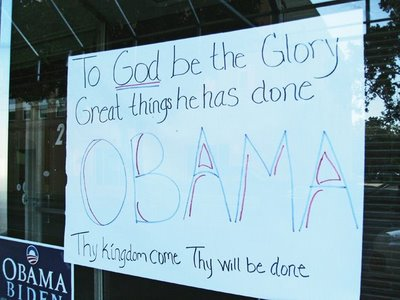 Bill Donohue of the Catholic Leage made the following statement:


Michael D’Antuono is a left-wing artist known for exploiting racial tensions (e.g, depicting George Zimmerman as a Klansman and Trayvon Martin as a generous child). But now he has succumbed to a new low.

D’Antuono’s painting of President Barack Obama with outstretched arms wearing a crown of thorns, against the backdrop of the Seal of the President of the United States, is called “Truth.” [Click here.] It is being hosted by the Bunker Hill Community College Arts Gallery in Boston, Massachusetts.

What makes this display so interesting is the flat denial of truth by so many artists and academicians, as well as their irrepressible hostility to Christianity. Yet when it comes to their savior, President Obama, they not only pivot, they proselytize.

“Truth” was supposed to make its debut on April 29, 2009 in New York’s Union Square; it was to commemorate the first 100 days of Obama’s presidency. But D’Antuono withdrew his masterpiece after being hit with angry e-mails. Now he is back, apparently thinking that after Obama won reelection, the time is ripe to witness his crucifixion. Imagine if his God had lost what our Christmas gift would look like.

It is one thing for the Italian nativity scene builder Ferrigno to include Obama as a figurine in this year’s crèche (it has regularly featured public persons such as Princess Diana), quite another for an angry artist to rip off Christian iconography for the purpose of making a cheap political statement.

Posted by MaroonedinMarin at 6:25 PM