Shameless politicization of the tragedy of Hurricane Sandy by the Left-wing MorOns at MoveOn.org on their Facebook page (h/t Sister Toldjah, via Facebook). 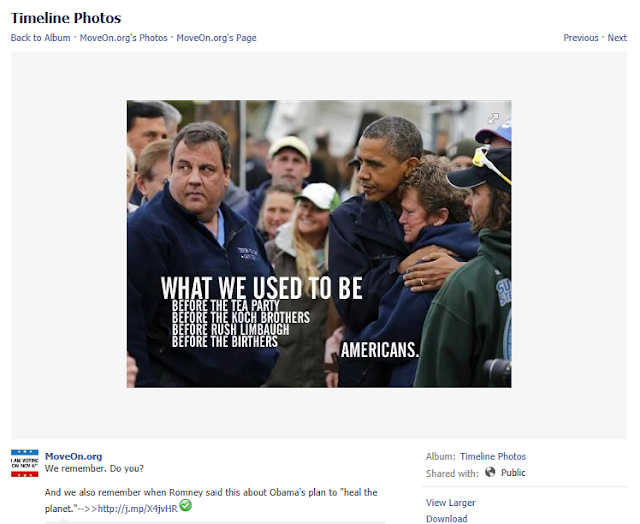 So, according to the MorOns, we've been one big happy family before 2009, until the RAAAAACIST right wing didn't like the idea of a black President, and spent the last four years dividing the country hoping Obama fails, according to their warped minds.

But who REALLY has been dividing America?

MoveOn.org: We Need A Katrina Commission.

In the days following the tragedy, promises rolled in from the Bush Administration to help rebuild that great city and get New Orleanians back on their feet.

It turns out, that's all they were—empty promises.

The tremendous suffering that persists on the Gulf Coast is a national disgrace and Congress must help hold the president to his word.

A compiled petition with your individual comment will be presented to your Senators.

That was the same year the MorOns pushed for US troops to be defeated by the terrorists in Iraq. 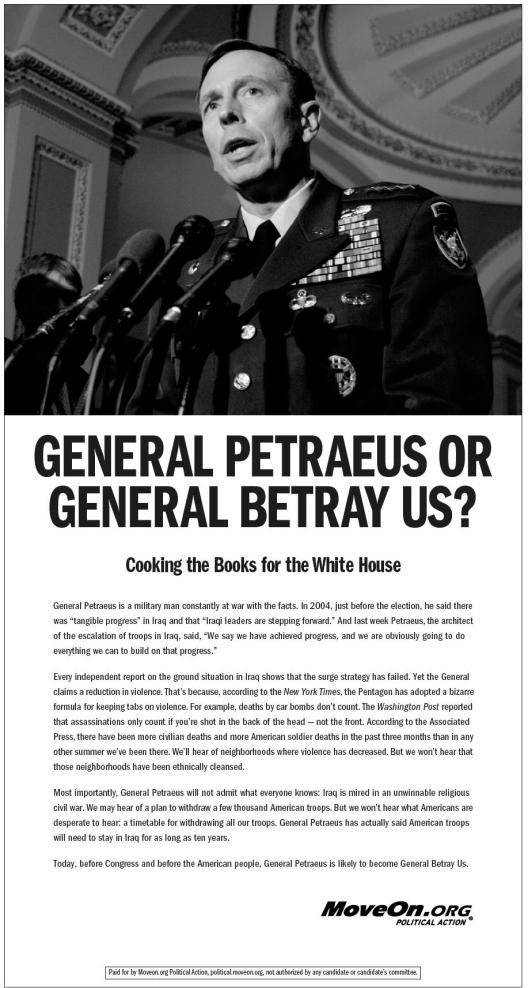 Then just days after the September 11, 2001 terrorist attacks. 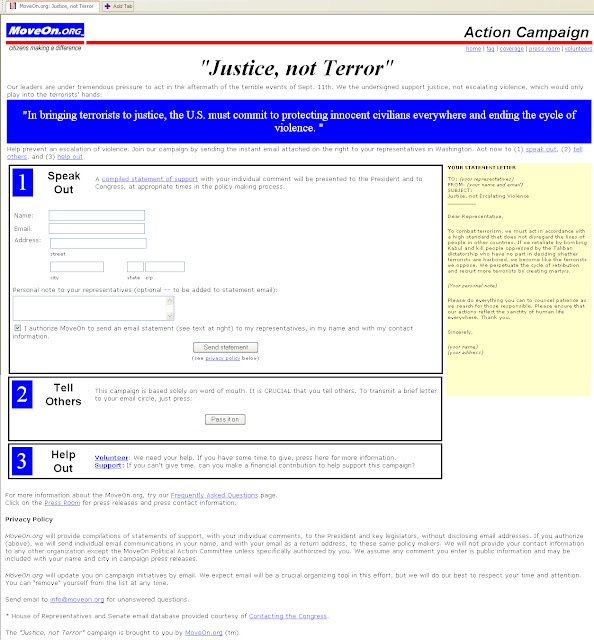 "To combat terrorism, we must act in accordance with a high standard that does not disregard the lives of people in other countries. If we retaliate by bombing Kabul and kill people oppressed by the Taliban dictatorship who have no part in deciding whether terrorists are harbored, we become like the terrorists we oppose. We perpetuate the cycle of retribution and recruit more terrorists by creating martyrs."

For all the attacks on the Koch Brothers, the MoveOn MorOns aren't ashamed of their organization has received funds from George Soro$, who helped the Nazis seize the property of Jews in Hungary as a teenager.
And these MorOns claim we're the one's dividing America? Bite me!
Posted by MaroonedinMarin at 9:52 AM

I can remember when we were Americans first and not union members first, then Americans.