When she's not off taking lavish vacations on the taxpayer time, Mooochelle Obama has decided to make military families a focus of her time as First Lady.

But how many military families know that Mrs. Obama has allegedly just given verbal support to a group of traitors who have not only expressed support for Islamofascist enemies that plot attacks against America and our allies, but also given them financial aid?

Melanie Morgan links to the following at SFGate:


First Lady Michelle Obama, accepting an anti-war petition at a fundraiser in San Francisco last week, told the CodePink member who presented her with 20,000 signatures, ”Keep up the great work,” the organization’s co-founders say.

CodePink co-founder Medea Benjamin wrote a blogpost today about the First Lady’s visit. In it, she related what she said happened behind the scenes when Kristin Hull, a CodePink supporter – one who paid to get into the $500 a head fundraiser – personally met up with Michelle Obama at the California Academy of Sciences last Friday. 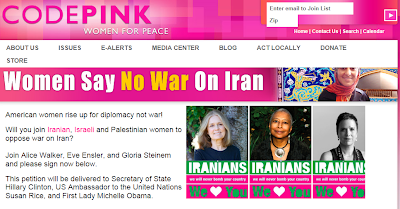 After Hull handed Mrs. Obama a petition urging peacekeeping not war with Iran — a document signed by luminaries like (feminazi) Gloria Steinham, Alice Walker and Eve Ensler – ”Ms. Obama thanked Hull for her advocacy and said, “Keep up the great work,” writes Benjamin. “As Hull was walking away after her photo with the First Lady, Michelle Obama grabbed her hand, squeezed it and said, “We really need you.”

We’ve been in touch with another CodePink activist co-founder, Jodie Evans, who also related the story, via email.

San Francisco Chronicle comrade Joe Garofoli, the pool reporter for the Obama event, wrote about the presentation of the petition to Mrs. Obama during the fundraiser. But he was not allowed to shoot video and was escorted inside only to hear the First Lady’s 22-minute address.

So, I ask Mooochelle Obama, what is the "great work" you want Code Pinko to keep up?

Giving Islamofascists $600,000 in aid while they are engaged in a deadly battle with US Marines?

Setting up protests outside the former Walter Reed Army Medical Center where they held signs "Enlist here to die for Halliburton" and "Maimed for a lie."

Or how about the actions of Code Pinko co-founder (and Obama 2008 campaign bundler) Jodie Evans? In 2005, Evans expressed support for the terrorist insurgency in Iraq, visited the Communist thug Hugo Chavez and even told a Gold Star Mother her son "deserved to die." 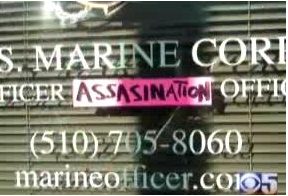 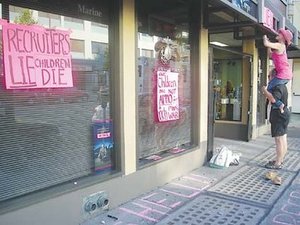 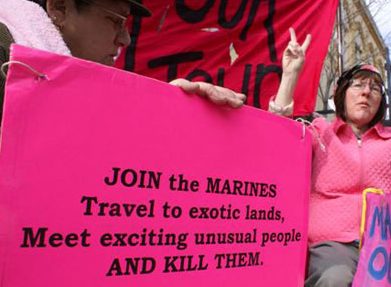 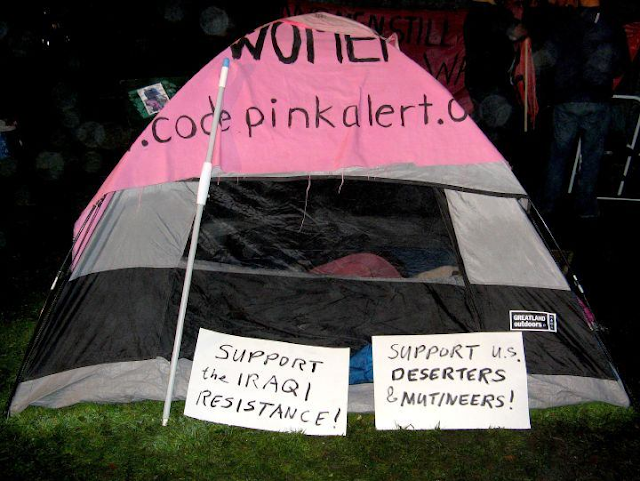 photo above by Zombietime
That's just some of many Code Pinko, anti-American, pro-terrorist acts.

KSFO has more of this story and other Code Pinko antics. There is a warning for graphic images, and I mean it! I got physically ill looking at one of the first photos.

Is this what you call "great work," Moochelle?
Posted by MaroonedinMarin at 5:59 PM