As mentioned before, the McLean, VA based Capital One Bank responded to the George Soro$ funded Think Progress about a month ago in regards to advertising on Rush Limbaugh's radio show, after the comments he made about the Fluke named Sandra from Georgetown Law.

But Capital One still employs a liberal celebrity named Alec Baldwin as their spokesman for TV commercials. 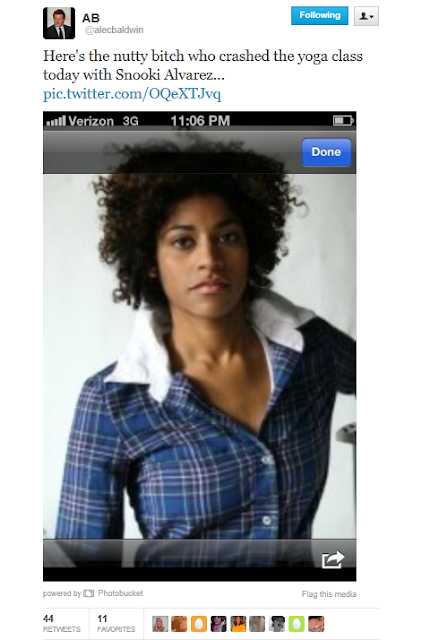 The photo in the tweet is of NY Daily News crime reporter Simone Weichselbaum, according to the Washington ComPost.

I'm curious to see if Capital One will apply the same standard to "Father of the Year" Baldwin as they did with Limbaugh, or will it be another double standard.

Ball is in your court, Rich Fairbank!
Posted by MaroonedinMarin at 10:43 AM