The coroner in Los Angeles released the results of the autopsy done on Andrew Breitbart, after his death on March 1 (MyFoxLA, via GP).

Releasing Breitbart's autopsy results, the coroner's office deemed the 43-year-old's death was natural when he collapsed near his Los Angeles home on March 1, the Los Angeles Times reported.

The office said his death was caused by heart failure and hypertropic cardiomyopathy with focal coronary atherosclerosis, the technical description for the hardening of the arteries.

Breitbart did not have any illicit drugs in his system at the time of his death. His blood alcohol level was 0.04 percent.

Breitbart reportedly had a cardiac episode last year for which he consulted a cardiologist, but he was not believed to have been prescribed medications or to have scheduled follow-up visits.

Two days after he died, I attended a gathering of bloggers, media, and Congressional staff in DC who came together to remember and honor Andrew. Here are some of the photos from that night. 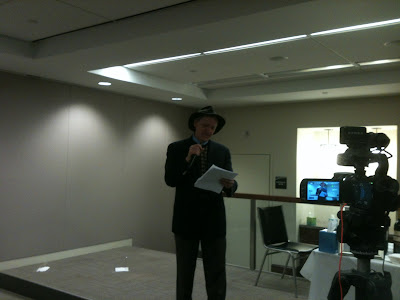 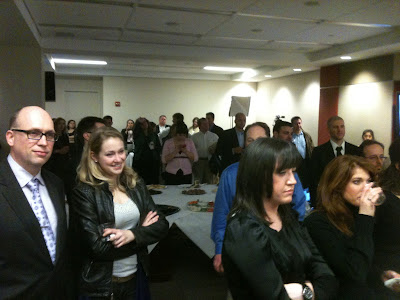 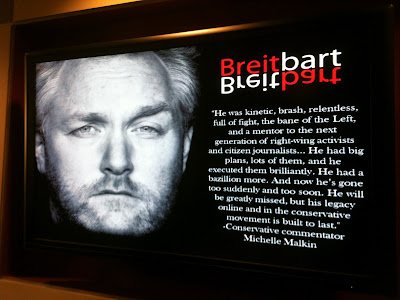 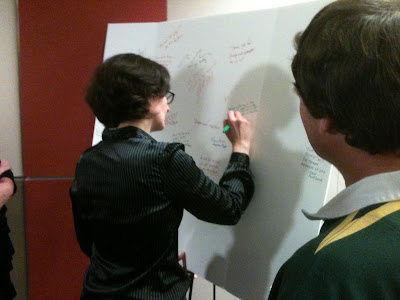 Today, in Charlotte NC, at BlogCon2012, the following tribute was made to Andrew Breitbart (hat tip Sunshine State Sarah).

I'm at BlogCon in Charlotte, North Carolina, and we just had a special screening of the new Stephen Bannon film, Occupy Unmasked, which features a lot of footage of Andrew Breitbart.

After the film, Jim Jamitis (@anthropocon on Twitter) presented Dana Loesch, Brandon Darby, Larry O'Connor, and John Nolte with a painting he created as a tribute to Andrew for the Breitbart offices.

What a perfect way to honor the man...with his own words: 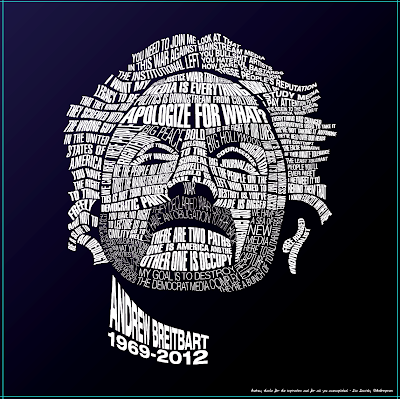 My favorite is a quote at the top left: "I want my legacy to be that they know that they screwed with the wrong guy."

BE BREITBART!
Posted by MaroonedinMarin at 8:14 PM

Email ThisBlogThis!Share to TwitterShare to FacebookShare to Pinterest
Labels: breitbart