This evening, in Washington DC, the mainstream media, assorted celebrities and political figures came to the Washington DC Hilton Hotel for the White House Correspondent's Dinner.

As has been tradition for the last 13 years, the DC Chapter of FreeRepublic.com was there to "Freep" what some in the media call the prom for nerds. In many ways, it was as if the mostly liberal media "one percenters" gathered to pat themselves on the back.

The theme for the FreeRepublic gathering was a salute to the late Andrew Breitbart, who was a member of the conservative website at one time. "Breitbart Is Here" (as seen in the sidebar) T-shirts were worn and signs were held. 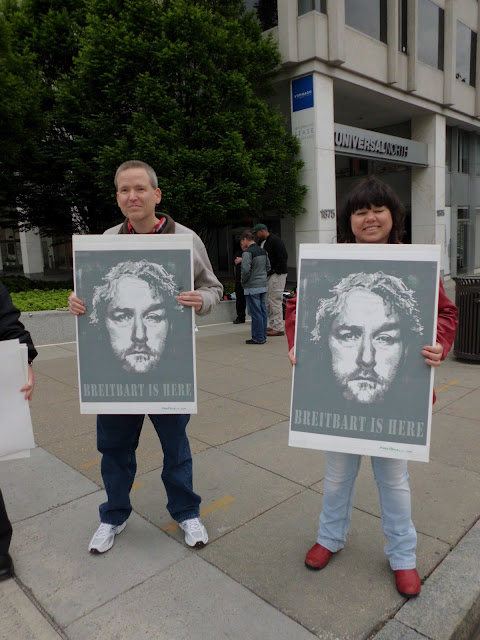 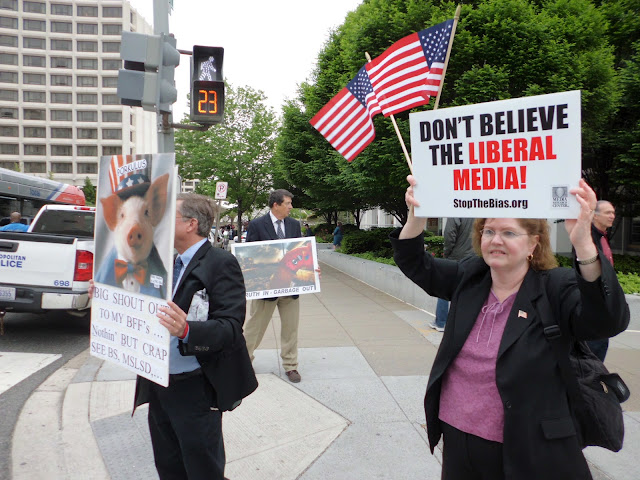 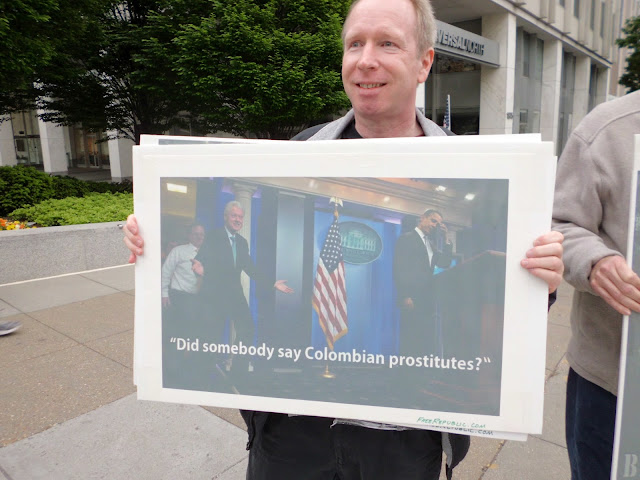 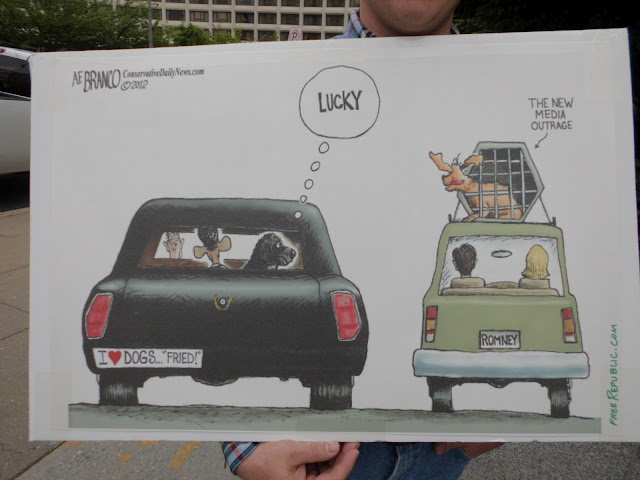 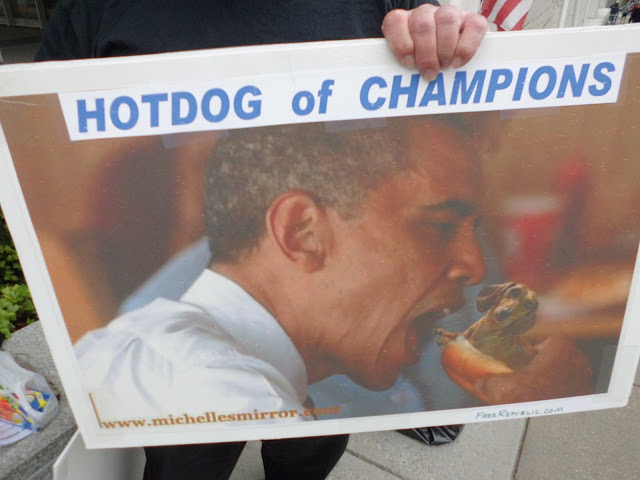 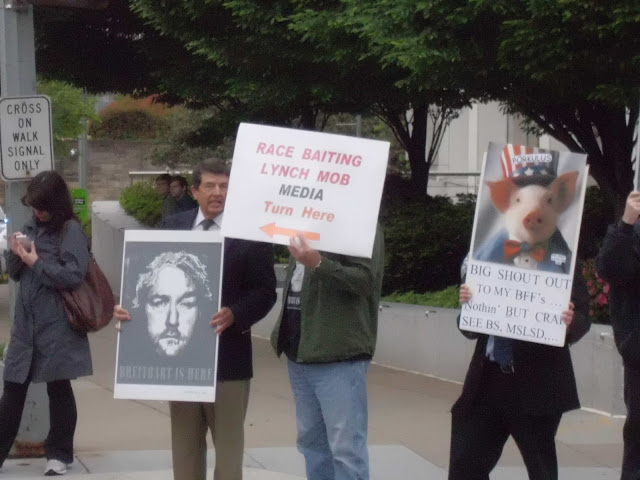 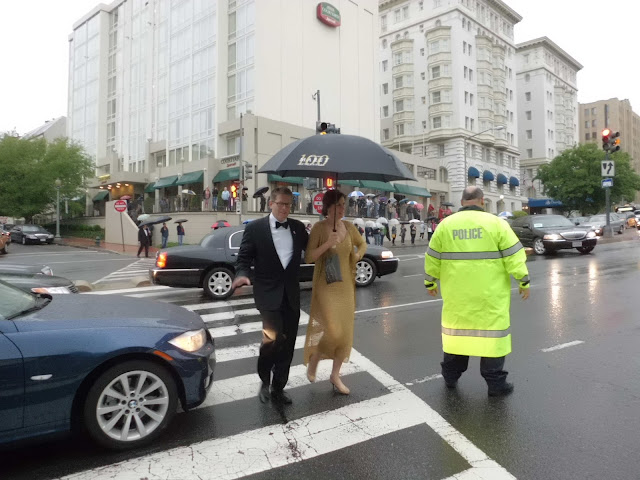 When the motorcycles arrived bringing the Presidential limo, the Freepers welcomed Carney's boss, President Obama, with "Who Let The Dogs Out?"

Chris Matthews, host of MSDNC's Softball, came by and chatted for a couple of minutes, even telling your correspondent he could "go to hell" after being asked about the famous thrill up his leg.

Here's a montage of HHS Secretary Kathleen Sebelius, Jim Cramer, Michael Isakoff, F. Chuck Todd and Lanny Davis encountering conservatives in DC, and getting asked if these liberal "one percenters" will donate their food to the "99 percent" they claim to care about.

California Governor Moonbeam Jerry Brown took a break from destroying the once Golden State to attend. 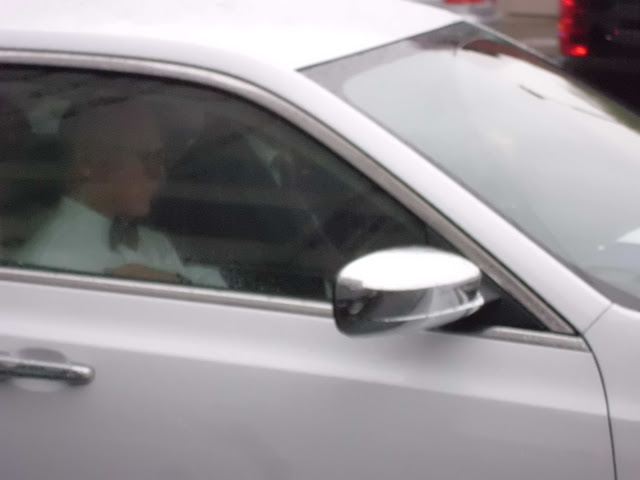 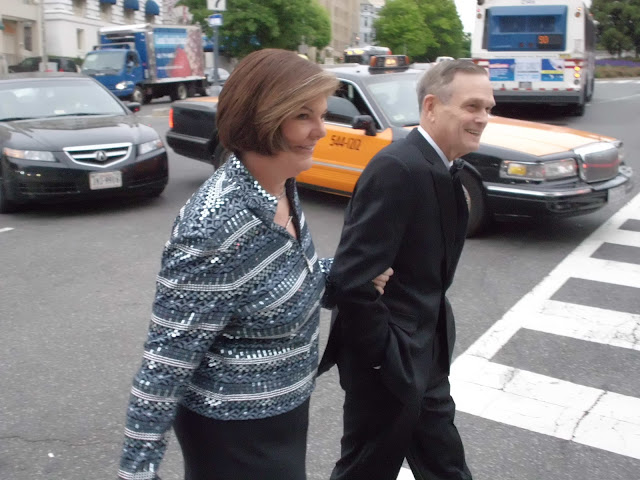 There were friendly faces, such as that great American, (and hopefully Vice Presidential candidate) Allen West. 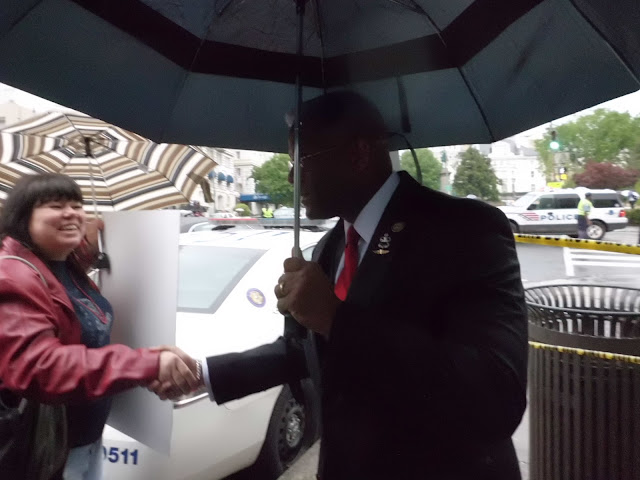 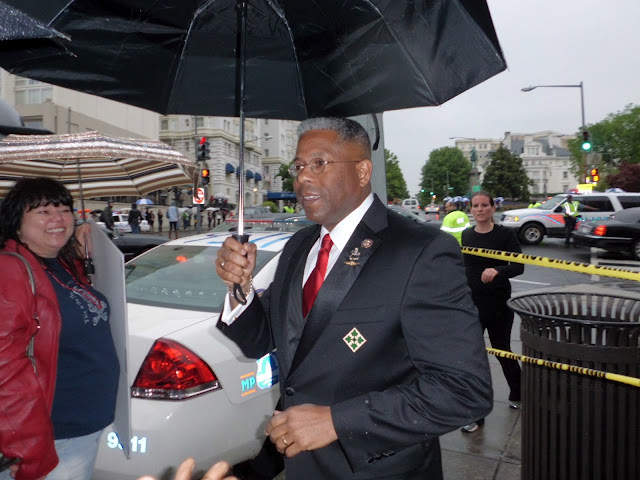 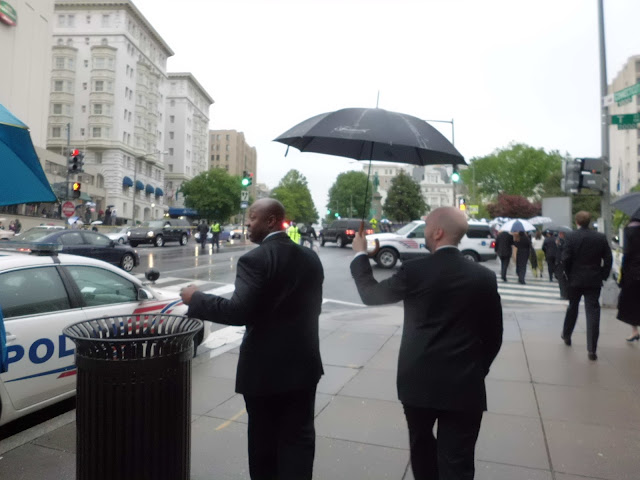 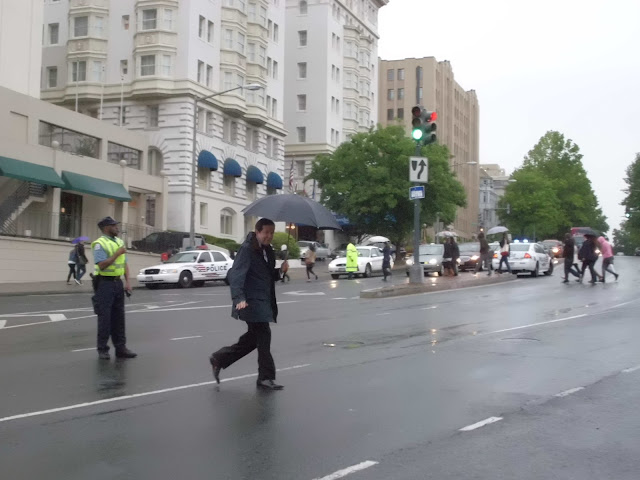 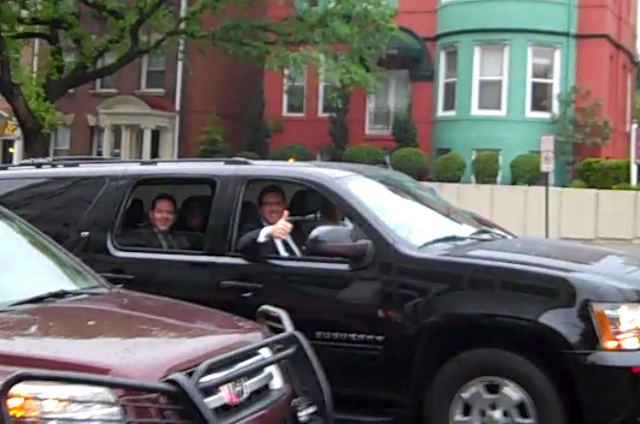 Some of the attendees were intrigued by the signs from their cars... 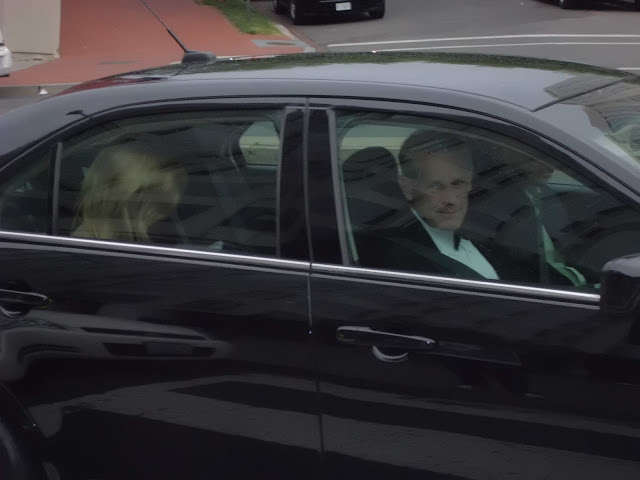 Others stopped to take photos. 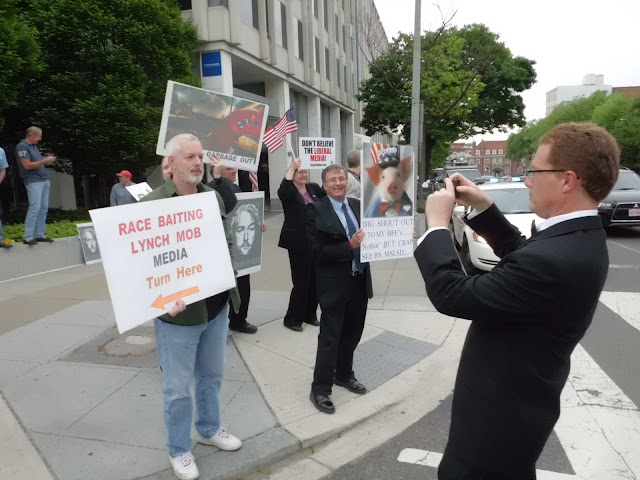 One liberal resident of DC even got into a debate about food stamps, after admitting his family had been on food stamps for 14 years.

This was all outside the correspondent's dinner. I haven't heard yet what went on inside the ballroom. No word yet on if any dogs were eaten. 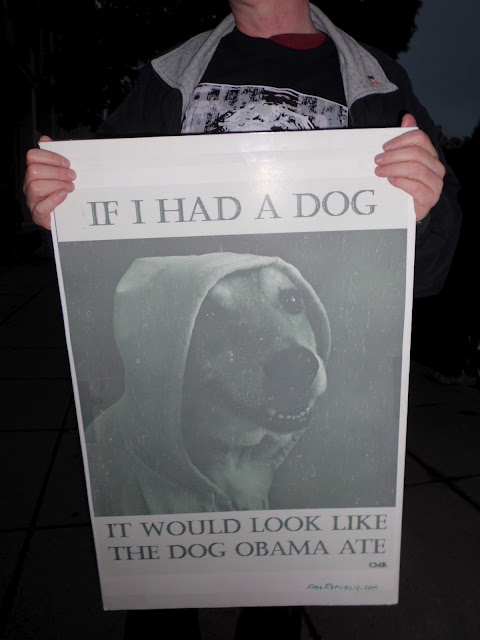 Posted by MaroonedinMarin at 8:24 PM

Did you happen to meet Raoul at this event.

Hey fellow compatriot from Liberalville. Make sure you check out www.michellesmirror.com

Skye: Thanks! Glad you liked it. Raoul wasn't there. I did meet him back in 2009 at the Arlington Cemetery counter of the ANSWER crowd.

Hi Anon: Thanks for the tip about MichellesMirror.