Yes, I'm back from my yearly business trip, this time, up the Eastern seaboard where I experienced some winter weather in the Boston area. 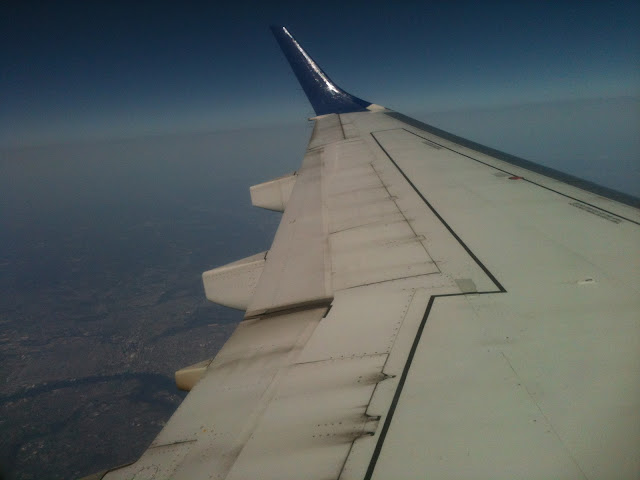 Flying over Philadelphia on jetBlue
I even survived my first time as a jetBlue passenger. I'm writing this as the day I left Dulles Airport was the same day a pilot on a different jetBlue flight went crazy and had to be restrained by the crew.

Of course, there was an incident a couple of years ago, where a jetBlue flight attendant got irritated at passengers, grabbed a couple of brewskis and took off out the back door by depolying the emergency chute.

An American Airlines flight attendant went crazy just a couple of weeks ago also, so it really isn't a question of which airline it is.

But it made me wonder. Do we now have to become concerned about some of those who are on the flight crew. When that cockpit door closes, and the cabin door closes, I, like everyone else, want to rest assured that we're in capable hands.

Could it be that people who are on certain medications may be incapable of holding these kinds of jobs? I know there has been concern about anti-depressants and similar types of medications that cause erratic behavior. I've had my concerns too. Granted, there are those who are truly mentally ill, and need medication. But I wonder sometimes, especially knowing many who have had substance abuse problems, that some in psychiatry may push drugs instead of helping patients seeks solutions to their problems.

Nevertheless, my first time flying jetBlue wasn't any worse or better than any other airline. They got me from Point A to Point B safe, in one piece, and earlier than scheduled I might add. I had a choice of XM radio and Direct TV, but chose the downloaded music on my iPhone for the most part. 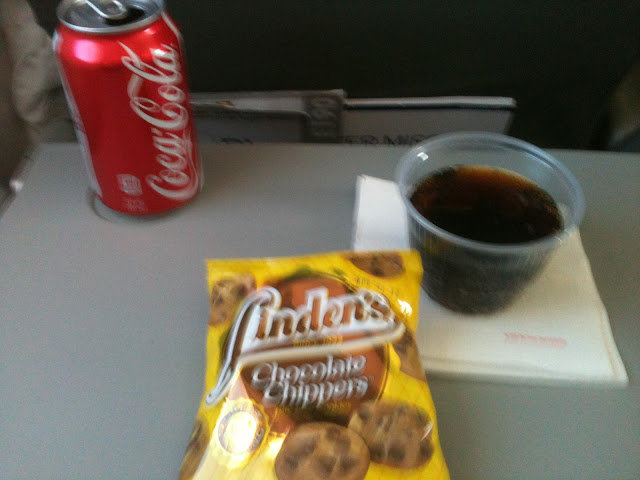 And I had a snack (that I didn't have to pay for), as well as no baggage fees.

No, I was not paid by jetBlue to promote their airline. I have to admit I've been pretty biased as far as airline experiences. Continental, I've been most familiar with, since my Dad was a longtime employee, even of the airline that bought them in the 1980s (Texas International Airlines, aka "Texas Air Corp"). Southwest has always been a good no-frills airline, I flew them many times in Texas and in California. United got better after one bad experience in the 1990s, and, of course, just merged with Continental.

I'd say the worst airline experience I had was with now defunct America West. I used them for my first visit to the San Francisco Bay Area from Austin, TX in the mid-1990s. When I arrived at the old Robert Mueller International Airport in Austin for my flight, it had been cancelled and the ticket counter was almost empty. There was a notation to visit the Continental desk, so my flight was transferred to a Continental flight (first time I flew a 757). I did fly America West back from SFO to Austin and the plane left a lot to be desired. A 737 that looked like it was last updated in 1974. The landing and descent into Austin was one of the worst I've been on. We'd go down, then hit a patch a turbulence, and the pilot would pull up slightly, then try again. A few years later, America West had a couple of pilots arrested for being drunk. Who knows, the pilot of my flight might have been one of them. He flew like a drunk! And this was a couple of months before the tragic ValuJet crash in Florida (which is now AirTran). America West always seemed like the ValuJet airline that never crashed, though you wondered how their planes flew. 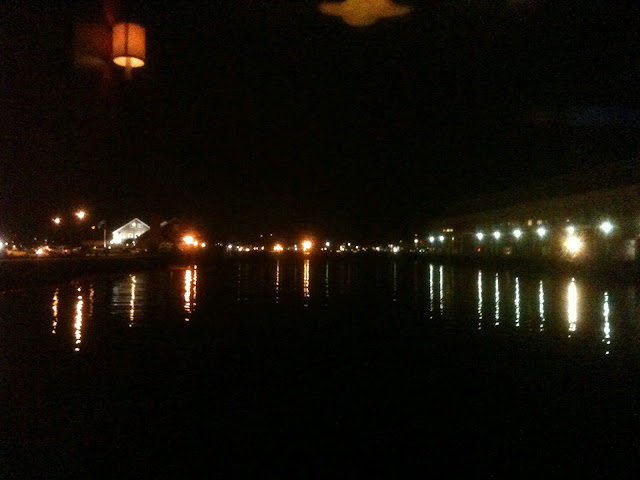 Boston waterfront at night
So, what do you think? Should we screen airline crews for emotional problems? What are some of your airline horror stories?

UPDATE: Check out Eric's comment in the comments section, who provided some great insight into this topic as a pilot.
Posted by MaroonedinMarin at 6:22 PM

As a pilot...I'll speak up. Screening for emotional problems is a...problem. Most pilots are pretty autonomous when it comes to determining whether were "safe" to go. We're all regulated to death on how we fly, where we fly, how we fly and when we fly and even what our physical condition is. Our mental state is up to us to determine. We're trained to do self evaluations before we depart. So of us pass honestly, some don't.

What you ask begs the question? Who will do the screening? The answer is, the gov't of course. But we've seen we can't trust the gov't to screen even those who ride in the plane! Grandma's, 10 y.o.'s, and harried housewives have been detained for reasons ranging from V8 juice to toys to breast milk.

But ask this? How many times has a pilot gone nuts in a plane vs. how many times someone's gone nuts with a gun in a post office (or school, or Wal-Mart, etc.)? Very few. Just like airplane accidents, which are few and far between, this story gets major headlines because it is so rare.

I know, with the advent of so many phones that shoot video; now's the time we're really seeing what's going on. Not true. People talk. Long before my iPhone could shoot video, I could talk of a flight I took. As a passenger flying since birth to a pilot who's been flying for over 25 years, the number of pilot meltdown's is mighty, mighty, low.

Are pilots under stress? Hell yes! Where from? You name it. Home life, gov't intrusion, company continuing to cut here, there and everywhere, weather. Most of us are Type-A personalities and see these things as hurtles to overcome and take pleasure in getting the job done in spite of (or even because of) the circumstances and challenges ahead of us. From the boring UPS run between Sacramento and Merced to the back-country, low-level aerial firefighting, to the "patient is crumping can you get there any faster?" question to the "autopilot set...see ya in London". Each flight is filled with the known and the unknown.

Bottom line, we're pretty safe in the air. Pilots who meltdown are not the norm and therefore get heavy coverage in the media. And we don't want the gov't giving psych evals every time we step into the cockpit...I have enough checklists, created in blood, to last a lifetime.

Thanks for leaving this comment, Eric, because this is why I asked the question. I don't seem to recall the media going out and asking airline pilots or any others about this, so your feedback is essential. There's also a lot I don't know about flying that you do and have provided here. Thanks!