Selective Moral Outrage: Conservative Women, Minorities Unapologetically Mocked By The Same Left Who Are In A Tizzy Over Rush Limbaugh

Liberals and their RINO apologists like John McLame and "Playgirl" Scott Brown are in a tizzy over Rush Limbaugh's "slut" comment, which he has apologized profusely for.

It is said by liberals that the GOP and conservatives have a "war on women." Really? It seems everywhere I look, liberals call conservative women some of the worst names and are never held to the same standard conservatives are held to.

Here's a sample of liberal male misogyny towards conservative women. 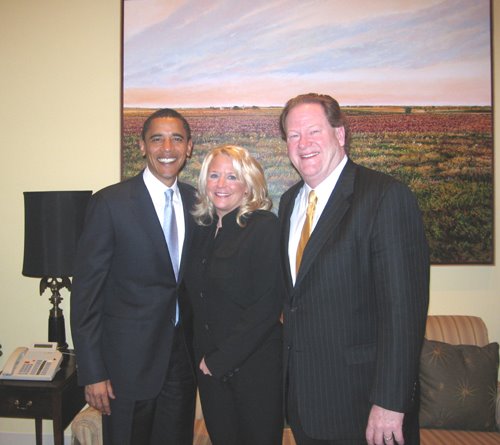 Obama takes $1 million from Bill Maher, who called Sarah Palin and "twat" and a "cunt." No liberal outrage.

Palin was the target of so much liberal sexism that conservative women pushed back, as several bloggers (including blog friends Pam Geller and Tania Gail "Skye") made this video "I Am Sarah Palin."


The same goes for conservative minorities. I heard Deneen Borelli remind Sean Hannity about this slur written about her by a liberal.

How about Niger Innis of CORE, who had an extra "g" added to his first name by MSNBC? 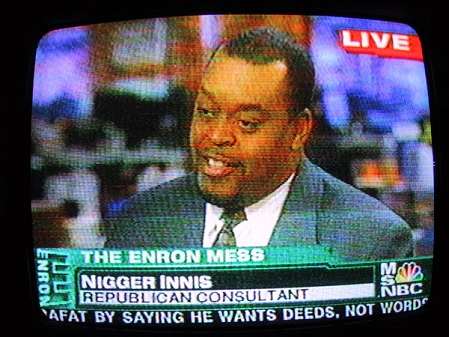 The Left looked the other way as Kenneth Gladney was beaten by liberal SEIU thugs and called the "n-word" because he was selling Gadsden flags to Tea Party members.

Don't get me started by the phony Rev. Al Sharpton who attacks Rush for The Fluke controversy, while Rev. Al gets away with his own hate speech, like talking about "Greek Homos"...

And I haven't even gotten to the "diamond merchants" or "white interlopers" comments from this liberal icon, who can get away with the kind of hate speech no conservative would dare utter.

There is more than just selective moral outrage on the Left. It's obvious that there is no such things as "equal protection" in the eyes of liberals, when it comes to conservative women and minorities.

Alexa at Alexa Shrugged keeps the ball rolling: Call Them Out By Name: Sandra Fluke, David Gregory and David Friend.

After going to an Andrew Breitbart memorial event on Saturday, I am more inspired than ever to fight back against the Left. Three things that were said stood out to me in that regard. Number one, Dana Loesch said we need to follow Breitbart and hit Leftists by "calling them out by name." Then Brandon Darby mentioned that the Left was taking advantage of our grief and we were losing on Limbaugh. Finally, I'm struck with the image of Breitbart himself in this tribute video looking straight at the camera and simply saying, "War."

This is war. I am going to defend Limbaugh from the radical Leftists who want to take him off the air. And I am going to call out our opponents by name. Starting with Sandra Fluke, David Gregory and David Friend.

Doug Ross links to American Spectator, who says "fight back against the Cowardly Seven."

• Quicken Loans: Quicken, under the leadership of its Founder and Chairman Dan Gilbert.... has gone the extra mile to antagonize the 40 percent. It has this statement on its website: Due to Rush Limbaugh's continued inflammatory comments -- along with the valued feedback we have received from our clients and team members -- Quicken Loans has suspended all advertising on the Rush Limbaugh radio program.

Note: Quicken is so skittish the above message appears for mere seconds before vanishing. It took repeated tries to copy verbatim the simple, highly provocative message above.

The Quicken contact info is found on this page of their website. Note: The company has an online chat function on this page. Also: Phone, Client Relations: 1-800-863-4332.

...DO YOU GET the picture? The American Left -- whether it pops up in the form of Media Matters, Color of Change, MoveOn.org, Texans for Truth or other groups -- is determined to shut off conservative dissent from their agenda by whatever means necessary. Fueled in part by money like that they received from David Friend of Carbonite. To do this they are quite specifically going after conservative talk radio hosts and television commentators one by one by one. The fact that David Friend of MoveOn.org/Carbonite is there to stick it to Rush is all the better. The fact that Ed Schulz called Laura Ingraham a slut is one big no-big-deal to Sandra Fluke herself when she wants air time on with Mr. Ed. Why should David Friend care if Ms. Fluke doesn't? So, Carbonite continues as Mr. Ed's sponsor, sluts be damned.

As noted earlier, what began with Don Imus, Lou Dobbs

In his last speech to the Conservative Political Action Conference (CPAC) just weeks ago, Andrew Breitbart stood at the podium and said: "Conservatives used to take it and we're not taking it anymore."

...By doing what they have now done, these one-time sponsors of Rush Limbaugh's show have now startlingly indicated that they are signing on with anti-First Amendment thugs.

Posted by MaroonedinMarin at 6:53 PM

Thanks Marooned. I am definitely outraged, as you are, and pray for change in November. I am determined to do what I can to turn this country around. The double standards are pitiful. Keep up the good work!

NICE research! Well done. It's no wonder I am becoming a huge fan. Keep it up.

Don't forget Thaddeus Matthews calling GOP candidate CHarlotte Bergmann a "curly-haired nigga" during a radio interview. Going on to ask, "Are you a token of white folk? And white folk using you to come against black folk?"

I don't recall seeing any outrage on that issue either.