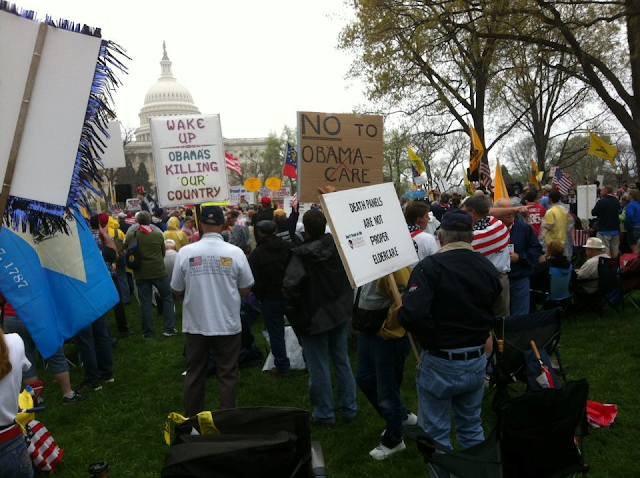 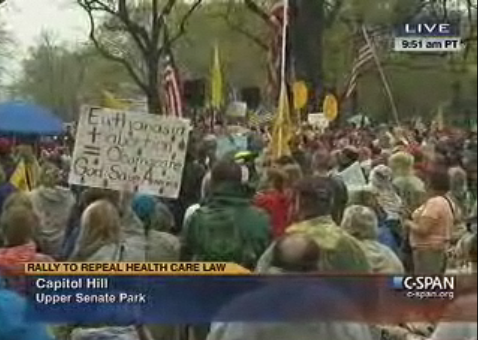 They said C-SPAN is carrying the rally live, but I can't seem to find it.

Jim Hoft a.k.a Gateway Pundit, who is one of the speakers at the rally, took this picture and posted it on Twitter. 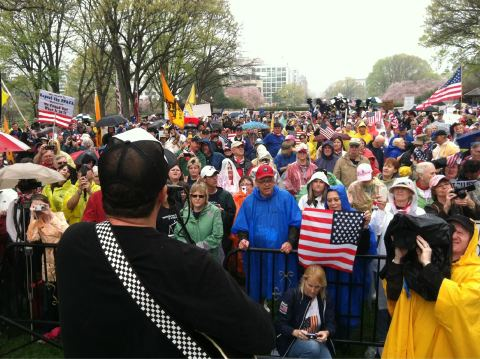 Here is his speech:

Dr. John Whitley "Leave me, my body, and my doctor the hell alone!"

We showed Joe Biden this is a "big f**ing deal, not because he said so, because we said so!... "We showed the mainstream media and we Occupied the voting booths. If we do not repeal this bill, they will force every business out of healh care." So much for the racist, liberal lie that it is only whites who show up to Tea Parties. 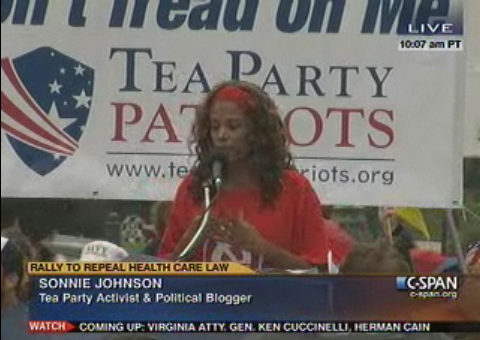 Ken Cuccinelli, the great Attorney General from Virginia, reference last year's earthquake and said it was James Madison turning over in his grave. "You will never live through a more important election than this year." 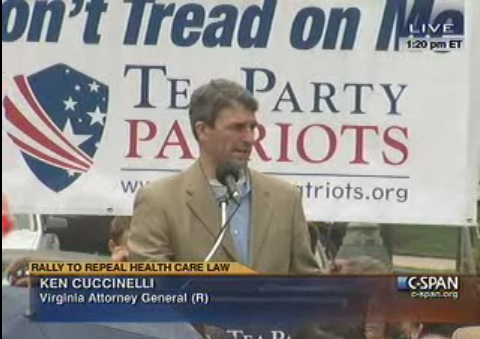 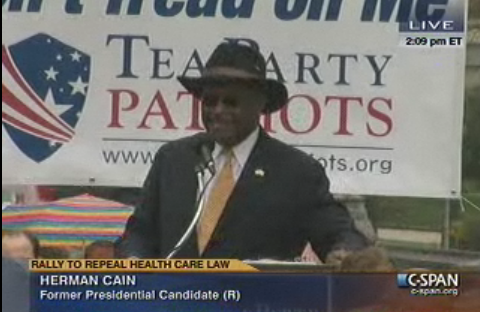 Herman Cain is finishing up the rally. Said if Obamacare had been in effect in 2006, he would not be here today, as he was diagnosed with colon and live cancer.

"They (liberal media) want you to believe we cannot do this (repeal Obamacare). My message is, stay inspired."
Posted by MaroonedinMarin at 9:49 AM