no, not Rush Limbaugh.

But this Rush...the Canadian band, whom I've been a major fan of for at least the last 28 years because they're ticked off that Rush Limbaugh has been playing their music in his bumper music rotation for the last 20 plus years and they just now found out about it (TMZ). 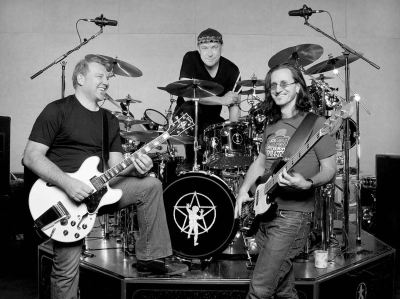 The '80s have come back to bite Rush Limbaugh in the ass ... Rush (the band) has followed Peter Gabriel's lead and have demanded Limbaugh stop using their music on his radio show ASAP.

Rush (the band) was FURIOUS when they discovered Rush (radio guy) was playing their song "The Spirit of Radio" as he ranted about wanting to see sex tapes of Sandra Fluke. The band got even more upset when they learned it wasn't the first time Rush (radio) has used their music on his show.


The band has since fired off a cease and desist letter to Rush (radio) ... saying, "The public performance of Rush’s music is not licensed for political purposes and any such use is in breach of public performance licenses and constitutes copyright infringement."

The letter continues, "Accordingly, we hereby demand that you immediately stop all use of Rush’s music and confirm that you will do so."

As for Peter Gabriel ... his song, "Sledgehammer" was playing on Rush's radio show when he called Fluke a "slut" ... and, shocker, Peter's pissed too.

Gabriel's rep said the singer has demanded that his music also be pulled from Limbaugh's show.

Success really changes people. Rush went from a band who wrote lyrics influenced by the writings of Ayn Rand (Anthem - 1975)

...and the epic 2112 (also Rand influenced), where individuality was crushed by collectivism.

But all that changed when being a cult-band wasn't enough. You know, appearing on that moron Steven Colbert's tv show, the Rolling Stone cover story, hanging out with Hollywood celebs, since drummer and lyricist Neil Peart lives now days in the Communist town of Santa Monica. You know, Hollywood doesn't accept you and won't let you into the club unless you're a lib and hate conservatives.

Well, as Bob and Doug MacKensie say, "Take off, you hosers!" You guys wanted to get political and you lost a longtime, loyal fan. Thanks for the memories and don't look for me to buy your next CD or go to the R40 tour.
Posted by MaroonedinMarin at 5:51 PM

Pretty sure they would have been getting royalty checks and were more than happy to cash them. And they knew from what and whom each check came.