From the 2009 White House Correspondent's dinner. 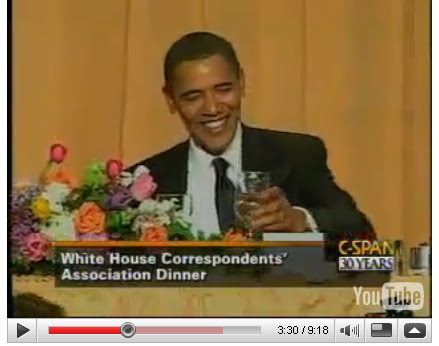 The vile lib comedienne Wanda Sykes also told Obama to check because Limbaugh "may have been the 20th hijacker" but missed his flight because he was "high on Oxycontin."

Since Rush is on the Obama Regime's Enemies List, it was OK. The President who lectures America about civility didn't feel the need to apologize for her uncivil tone.

And the same lapdog media and Democrat Party who attack Rush Limbaugh for calling Sandra the Fluke a slut uttered no words of apology about this "comedy."
Posted by MaroonedinMarin at 4:07 PM

Thank you for posting this.