The liberal hypocrisy continues on the Rush Limbaugh story. Where do we start?

In a letter to County Attorney Denise Nieman in West Palm Beach, Fla., dated March 8, Allred says Limbaugh may have violated a misdemeanor statute against defamation.

"Mr. Limbaugh has publicly acknowledged that his reference to Ms. Fluke as a 'slut' and a 'prostitute' were baseless and false," Allred wrote.

Allred said Nieman's office should "open an investigation into whether or not Mr. Rush Limbaugh is in violation of Section 836.04 of Florida statutes."

The statute, according to Allred, reads: "Whoever speaks of and concerning any woman, married or unmarried, falsely and maliciously imputing to her a want of chastity shall be guilty of a misdemeanor of the first degree."

But this has nothing to do with sexism, it's just another example of how the far-Left has become crypo-fascists and are looking to silence conservative voices by any means necessary. Why? Because of the hypocrisy factor.

All-red is as phony as a three-dollar bill. She went after GOP moderate Meg Whitman in 2010 for allegedly hiring an illegal alien maid, hurting her chances of being elected California governor, but All-red was silent when an associate of Jerry "Moonbeams" Brown was overheard calling Whitman a "whore".

All-red also is not ashamed to be friends with the new De-Facto Leader of the Democrat Party Bill "Sarah Palin is a dumb twat and a cunt" Maher, and appear on his TV shows. 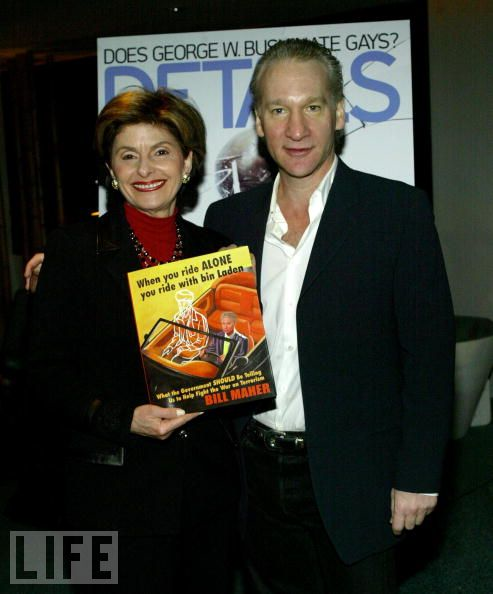 
Which just goes to show that modern feminism is not about women being independent or individualistic. It's about making them liberals and promoting abortion on demand.
Posted by MaroonedinMarin at 10:14 AM