Last Friday, a group of Pearl Harbor veterans who came back to Hawaii for a ceremony at the National Memorial Cemetery of the Pacific were disrespected by a film crew for the SeeBS tv show Hawaii Five O. 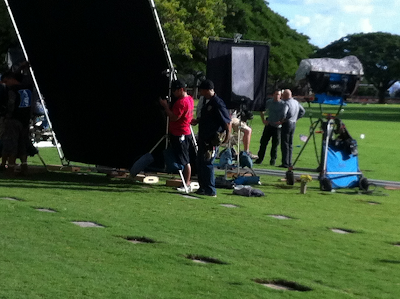 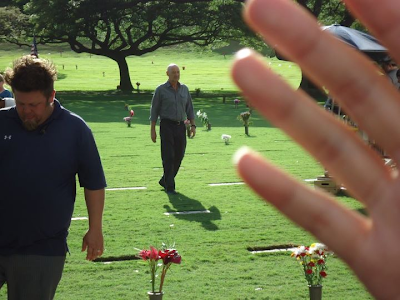 The Denver-based Greatest Generations Foundation took 23 veterans to the Punchbowl cemetery last week to commemorate the 70th anniversary of the attack on Pearl Harbor. The veterans found it offensive that the crew members didn’t stop production while the national anthem and taps were played and that they were walking on graves, said Steffan Tubbs, a foundation board member and co-host of KOA-AM’s morning news show in Denver.

This Ain't Hell has posted a video from Fox & Friends interviewing Timothy Davis from the group that took the Pearl Harbor vets to Hawaii, reacting to an "apology" SeeBS sent. It was the typical "we apologize if anyone was offended" crap that usually comes out of liberals mouths.

This was the text of the "apology" from the producer of the show, found at The Wrap on Yahoo News:

"Our production crew is 80 percent staffed with local Hawaiians, many with ties to the military. We recognize the privilege of filming in Hawaii and we are acutely aware of the deserved respect for its culture, history and the reverence that should be afforded to all of our veterans, particularly those who served so nobly in Hawaii and at Pearl Harbor. Furthermore, the series we produce carries a demonstrative pro-military message.

"Any rudeness by our staff can only be attributed to haste to finish our work, not a lack of respect for men and women who have served and sacrificed for their country," Lenkov continued. "And for that, too, we sincerely apologize to any that were offended."

Lenkov's explanation failed to sway the veterans' group, however. On Wednesday, Greatest Generations Foundation president and CEO Timothy Davis issued a seething statement to the network, Lenkov and the series.

"While we would like to accept the apology provided by Peter Lenkov, it seems to us to be little more than a list of excuses for CBS' actions and a couple reasons why we should either discontinue or feel guilty about making such actions known," the group said in a statement. "CBS purports to be a conservative network that honors veterans, yet this behavior stands in blatant contrast to Lenkov's statements of patriotic sentiments.

"An apology for giving offense is not an apology for offensive action," the statement continues. Davis asks that Lenkov "apologize to each of the veterans for what happened, not how our veterans felt."

CBS has not yet responded to TheWrap's request for comment.

Personally, I don't watch the show and I hope after what happened their ratings suck so bad it's immediately cancelled.
Posted by MaroonedinMarin at 4:35 AM

Boycott this show and anything CBS, then theyll get it...their a big part of obama's mini-true now anyway, so why should they care that they intentionally offended this countries oldest living veterans group?
Hit them in their wallets and theyll get it, write and email their sponsors refusing to purchase their products and watch the crap rioll right back up the hill...