Not to long ago, over at Legal Insurrection, Prof. Jacobson brought up the race card being used against a Mitt Romney ad by Tad Devine, Democrat operative.

Devine said Wednesday that he was “shocked” to see what he believed was imagery of an African-American church in an ad released Tuesday by Romney’s campaign team and airing in New Hampshire. The ad, Romney’s first of the campaign, is “clearly an attempt to bring back Rev. Wright and race,” Devine tweeted.

No wonder Devine is scared, because LI also links to a video from 2006 found by the Daily Caller of Obama crediting the Racist Reverend Wright's sermon "The Audacity of Hope" as the title of his book.

Why is this important? Because this sermon is what Obama said "inspired him" to join Wright's "church," though he claims he wasn't around when Wright preached his most vitriolic sermons (video below).


(Obama quotes Wright) "It is this world, a world where cruise ships throw away more food in a day than most residents of Port-au-Prince see in a year, where white folks’ greed runs a world in need, apartheid in one hemisphere, apathy in another hemisphere…That’s the world! On which hope sits!"

So is it any wonder that Obama and the Democrat Party's new electoral strategy is to tell white working class Americans to go to hell? I mean, this is a guy who came to the national stage in 2004, who said in part...

...and yet this same "uniter" has talked about "punishing our enemies" and sought to divide America by race, gender, class, and union vs. non-union.

Unrepentant domestic terrorist Bill Ayers also fits into this equation. We were told he was "just another guy in the neighborhood," while Obama's political career was started in this terrorist's living room.


And Ayers is even giving his support to the OccupyWallStreet squatters. 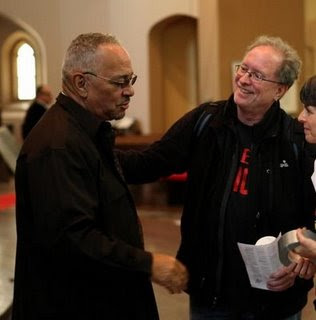 Ask yourself, would (let's say) Michele Bachmann or Rick Perry be still running for President if the church they belonged to talked about being "unashamedly white and unapologetically Christian," or had a fundraiser in the home of an unrepentant abortion clinic bomber?

So why should this still be an issue for Obama? Because it strikes to his deception, as to how he tried to hide his radical roots, which have come to fruition during his term.