The Benghazi courthouse is the headquarters of the rebel fighters and the media center from which we heard about their valiant struggle every day for months. Journalist Sherif Ehelwa [sorry, I have no other information about him] says he has been there and has seen the flag fluttering in the desert air. Ehelwa took a photo and was threatened with having his tongue cut out if he spoke ill of the flag. He was told not to publish his photos. See them all here. 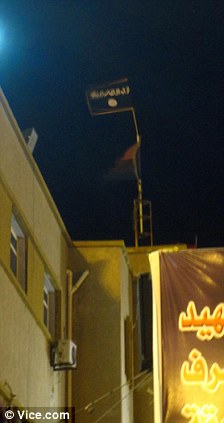 According to one Benghazi resident, Islamists driving brand-new SUVs and waving the black al Qaeda flag drive the city’s streets at night shouting, “Islamiya, Islamiya! No East, nor West,” a reference to previous worries that the country would be bifurcated between Gaddafi opponents in the east and the pro-Gaddafi elements in the west.

According to a Libyan who didn’t want to be named, a special military group inside the NTC is calling on Salafi fighters with military backgrounds to join a special group fighting in the rebellion.


Found at Be Sure You're RIGHT, Then Go Ahead: 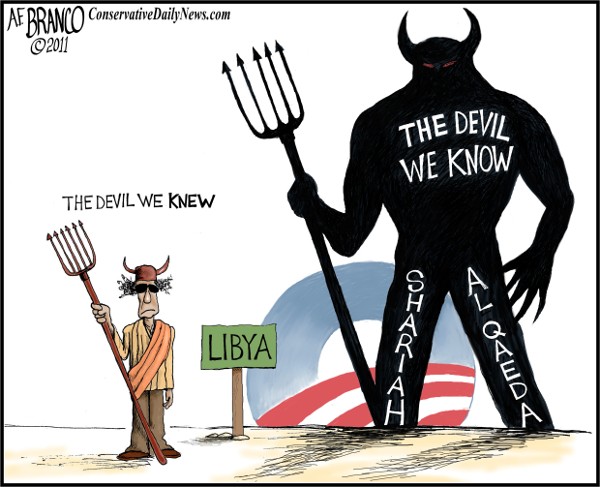 Posted by MaroonedinMarin at 4:38 AM