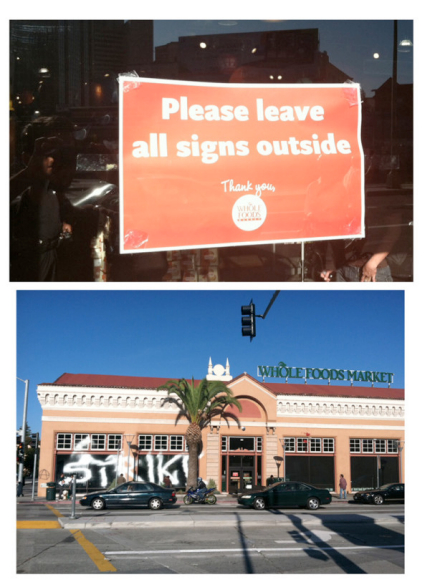 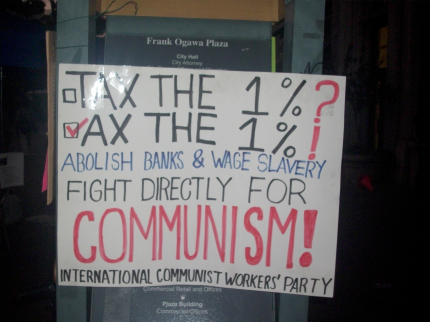 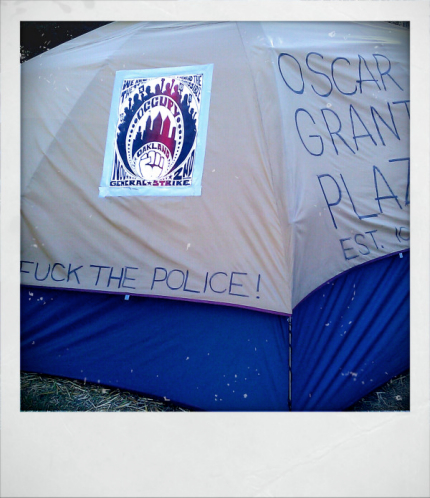 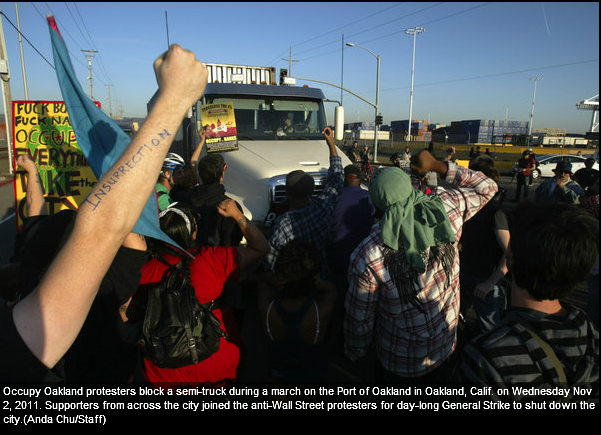 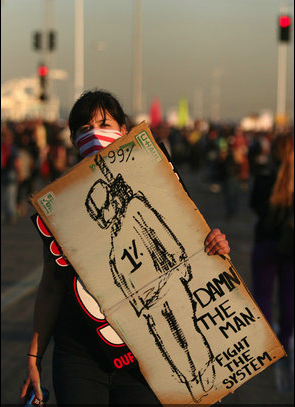 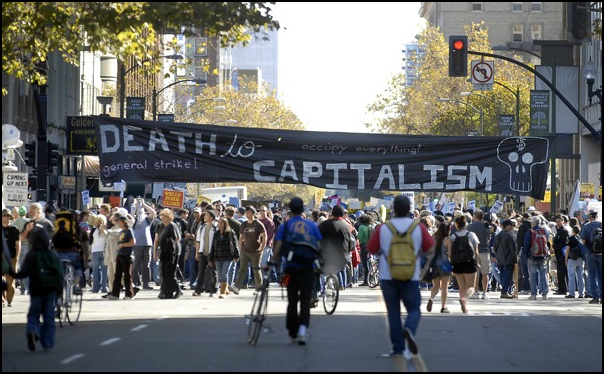 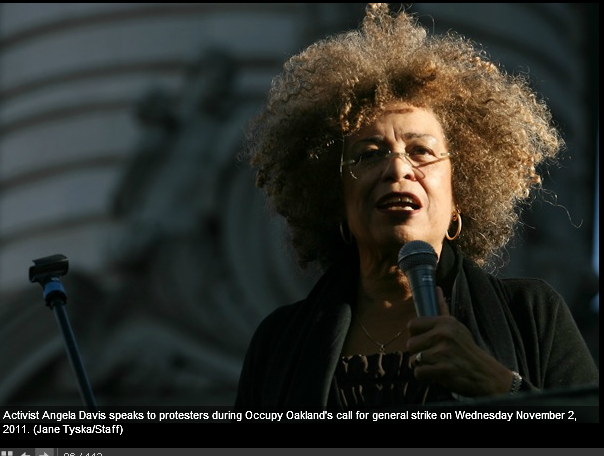 See in the photo above that Angela Davis was there and described by the Oakland Tribune as "activist."  The conveniently leave out how she's a Communist rabble rouser who was acquitted by a a friendly jury for her role in the 1970 murder of a judge at the Marin County Courthouse.  Tells you a lot about the people behind the Occupy movement huh?

Keep in mind also that the gutters of Oakland also gave birth to radicals like Van Jones, Obama's Green Jobs czar and 9/11 Troofer.

The so-called "peaceful" mob in Oakland also spray painted the word "fuck" on a wall belonging to Christ the Light Cathedral, facing Lake Merritt.  Yes, on a church!  Keep it classy, hippies.

I have friends on Facebook who talked about how relatives could not get out of their buildings, as they were on lockdown because of this "strike."

But as much as the protesters should be blamed for this garbage, an even bigger amount of the blame should be given to local government "leaders" (and I use that term very loosely) in the San Francisco/Oakland Bay Area.  So many of them grew up in and or have been a part of Bay Area radical activism and protest movements.

Does it help when the mayor of crime-infested Richmond, CA goes to Oakland to support this mob?

Or, when the San Fransicko City Stupidvisors vote to support the Occupy movement?

The Oakland Mayor wanted protesters to call her.  What the hell good is that going to do?

Where's California Governor Jerry "Moonbeams" Brown?  Oh yeah, we don't want to piss off our Union supporters.  God how California needs a Governor like Ronald Reagan again, who'd go in there and kick some hippie ass, instead of rolling over like Brown or that girly-man RINO Arnold Schwarzenkennedy would.

The kids are in charge of the nursery known as the Bay Area, so no wonder law abiding citizens have to be terrorized by these communist/anarchist mobs.
Posted by MaroonedinMarin at 4:46 AM