It looks like the end might be near for the left-wing squatters known as Occupy Wall Street.

For the second time in a month, Oakland, CA police dismantled the squatter camp there, after a killing last week around the camp site (Verum Serum).


Protesters appeared to put up little resistance and officers could be seen calmly leading some demonstrators away in plastic handcuffs. Warnings from authorities had been similar to those issued before officers used tear gas and bean bag projectiles to clear the encampment on Oct. 25.


After officers blocked off the streets surrounding Frank Ogawa Plaza, some demonstrators gathered near the barricades and vowed to return.


So this is the first stage. Next we have a call for a new march followed by a new nighttime confrontation with police.

Gateway Pundit reports that 70 (seventy) dump trucks had to remove the garbage left behind by the squatters in Portland, OR. There's even one video of a protester waving a flag with the image of mass murdering Communist Che Guevara on it.

Police also dismantled the camp in Denver, CO over the weekend. John at Marathon Pundit was in Denver for BlogCon and took photos of the camp afterwards. The squatters tagged areas of the park, including a Christopher Columbus monument. 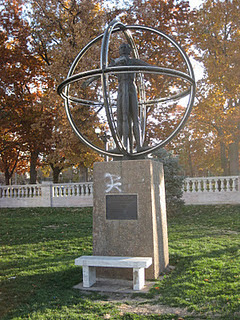 There was also this message written out in chalk.

About 100 million dead would disagree with that message.

New Yorkers have had enough and are planning a rally at city hall today (NBC via HotAir).

Downtown residents and business owners are organizing a protest of the protest after two months of Lower Manhattan being occupied by the Wall Street demonstration.

Angry over all-day drumming, people urinating and defecating on the streets and verbal attacks from protesters, organizers say they will rally at City Hall Monday to send officials a message. …

Businesses have complained for weeks that the encampment is causing them to lose money, although a few have made money off the protests, as donors from all over the country have sent food from nearby restaurants to the movement.

Far from being the next Woodstock, #OWS, with its killings, rapes, violence, and garbage, has become the next Altamont.
Posted by MaroonedinMarin at 5:38 PM

Email ThisBlogThis!Share to TwitterShare to FacebookShare to Pinterest
Labels: occupywallst

Communism IS Sexy. Capitalism and Conservatism have failed. Capitalism killed billions more than Communism ever did. Just look at the millions of Africans enslaved, American Indians slaughtered, and other non-Western people murdered, raped and colonized in the name of capitalism. Capitalism is mass slaughter. Communism was a drop in the bucket in comparison. This is why capitalism is going to end very soon. It's as dead as Andrew Brietbarf.