Mitt Romney Was For Amnesty Before He Was Against It

Here's a clip from the GOP debate last night, when Newt Gingrich made his quasi-selective amnesty. At about 4:35, former Mass. Gov. Mitt Romney was brought into the conversation and said...

"Amnesty is a magnet...The right course for our immigration system is to say we welcome people who want to come here legally."

That's different from what Romney said back in 2007 (Legal Insurrection).


"My own view is....those people who have come here illegally and are in this country, the 12 million or so that are here illegally should be able to sign up for permanent residency or citizenship."

He made a similar statement in 2007 to a Florida newspaper 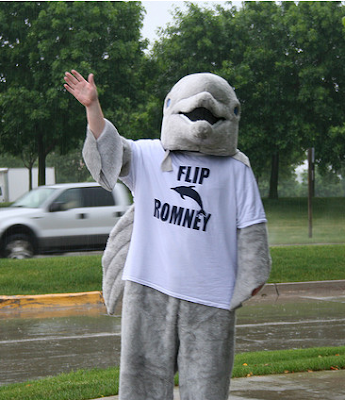 Amnesty...Flip Romney was "for it before he was against it."
Posted by MaroonedinMarin at 4:54 PM