OccupyWhatever Weekend Madness In Oakland, Philly; Plus A Musical Dedication For #OWS

"In some ways, they’re not that different from some of the protests that we saw coming from the Tea Party.." Richard Milhous Obama

Right...and if any of what we've seen so far from the Occupy Whatever movement had happened at a Tea Party, the media would never stop reporting it.

Zombie, S.F. Photojournalist extraordinaire, has posted another great essay, this time, of the Occupy Oakland squatters (h/t This Ain't Hell), who were ordered (but doesn't appear to have been enforced) to leave their camp in front of City Hall because their squalor has attracted rats.

Among some of Zombie's photos (below) of Occupy Oakland, there is drug usage.... 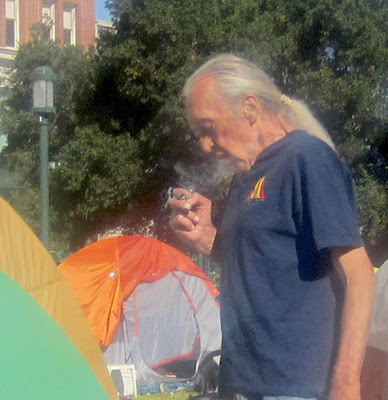 (Duuuude, I had my hit of hash....Where's Jerry and the Dead at?)
Segregation... 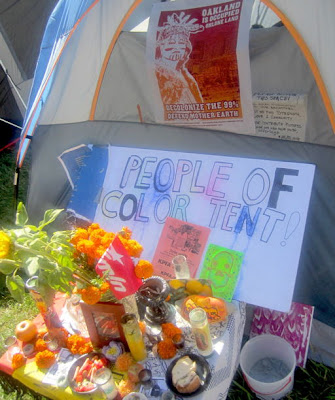 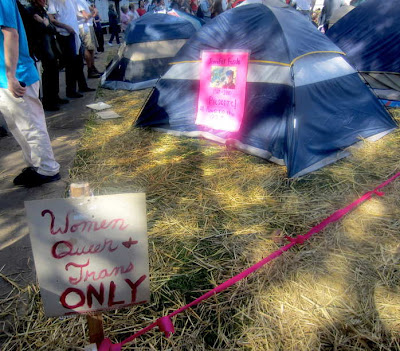 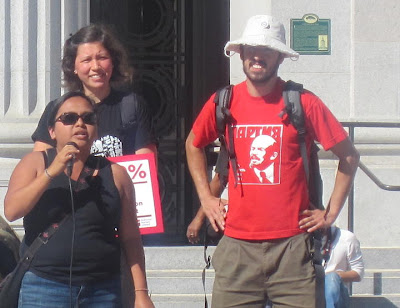 Gateway Pundit posted a video of the Oakland movement going into a Chase Bank location, screaming, knocking furniture over, and throwing deposit slips in the air....and no police are there to put a stop to it!

In this video I found on YouTube, it looks as if they tried to do the same at Wells Fargo, but they locked their doors.


Is it any wonder the City of Oakland has had a crime and murder problem? Especially when this kind of anarchy is not broken up.

Tania at Midnight Blue links to a Philly.com piece that reports 15 Occupy Philly protesters were arrested for blocking the street outside police headquarters. At least Philadelphia tried to do something, compared to the feckless leadership in Oakland (or most Bay Area cities for that matter).

Sexual assaults in other locations, and dealing heroin while living with a six year old in the tent. Yeah, just like a Tea Party.

Really, it's nothing more than a gigantic temper tantrum by spoiled college age kids and greying hippies who never grew up anyway.

But I'm willing to be generous to the #OWS movement, and give them the following song dedication, courtesy of liberal Don Henley and the Eagles.


I turn on the tube and what do I see
A whole lotta people cryin' 'don't blame me'
They point their crooked little fingers ar everybody else
Spend all their time feelin' sorry for themselves
Victim of this, victim of that
Your momma's too thin; your daddy's too fat

You say you haven't been the same since you had your little crash
But you might feel better if I gave you some cash
The more I think about it, old Billy was right
Let's kill all the lawyers, kill 'em tonight
You don't want to work, you want to live like a king
But the big, bad world doesn't owe you a thing

It's like going to confession every time I hear you speak
You're makin' the most of your losin' streak
Some call it sick, but I call it weak

You drag it around like a ball and chain
You wallow in the guilt; you wallow in the pain
You wave it like a flag, you wear it like a crown
Got your mind in the gutter, bringin' everybody down
Bitch about the present and blame it on the past
I'd like to find your inner child and kick it's little ass

Zombie always has such good material to work with. The Philly fringe agitators look positively square compared to Oakland.