"We're Going To Punish Our Enemies:" The Abuse of Presidential Power & Renaming Of Barack Hussein Obama

Let me start this post by saying I'm going to rename the President of the United States.

Yes, for all you liberals like this recent commenter, I'll no longer call him Barack Hussein Obama.

From this point on, I will refer to our 44th President as Marc Thiessen did recently: Richard Milhous Obama.

Think this is just a figure of speech?

Take the so-called "stimulus" bill that was passed just after Obama took office because the sky was falling. We were told by the President himself that the "time for talking was over, the time for action is now."

So what did the stimulus do?  It certainly didn't keep unemployment from going over eight percent.  Instead, as Michelle Malkin wrote today, stimulus money ($24 billion of your tax dollars) was given to 4,000 recipients who owed $750 million in unpaid corporate, payroll and other taxes.  Which begs the question: how much of this was given to FOTP (Friends of the President)?

You think I'm joking?  Try Obamacare, which was supposed to be the best thing since sliced bread.  It would lower costs and we'd keep our own doctor.  Yet all us uneducated hicks just couldn't appreciate how good it was, even after Andy Griffith went around the retirement homes with the Kool Aid jar.

Well if Obamacare is so great, how come, as Michael Barone writes in the Washington Examiner,

"1,372 businesses, state and local governments, labor unions and insurers, covering 3,095,593 individuals or families, ...have been granted a waiver from Obamacare by Secretary of Health and Human Services Kathleen Sebelius."?  Barone goes on to note that labor unions are only 12 percent of employees but have received 50 (fifty) percent of Obamacare waivers.

The National Labor Relations Board has gone after Boeing, for opening a plant in South Carolina, a right-to-work state, to build the 787 Dreamliner jet.  The airplane manufacturer, and South Carolina's two Senators, have fired back at the NLRB's decision.

But it isn't just Boeing.  Marathon Pundit writes how the NLRB is suing Arizona and South Dakota, trying to get state constitutional amendments that allow for secret ballot voting in unionization elections.  It appears that if the Obama Regime cannot get "Card Check" passed legislatively, they'll do it through some liberal judge.

Next on the list is federal contracts.  The Obama Regime is toying with an executive order which would force companies that apply for federal contacts to disclose their campaign contributions.  Why do you think Obama wants to do that?

My home state of Texas is now getting a second dose of punishment from this Regime.  After Milhous shunned the Lone Star State for wildfire aid, his Department of InJustice is threatening to cancel commercial air travel to the state.  Why?  The Texas house passed a TSA anti-groping bill after photos and YouTube videos of women and children being molested practically at airport security lines for the crime of taking a trip on an airplane.
I haven't gotten into the punishment of unfriendly media outlets, and a new job Richard Milhous Obama has created, the Director of Progressive (read: fascist) Media & Online Response named Jesse Lee, whose wife was the person behind the General Betray-Us Ad from MorOn.org.  The job?  Monitoring online media and squashing stories putting the Regime in a negative light.
Hey Jesse, monitor this! 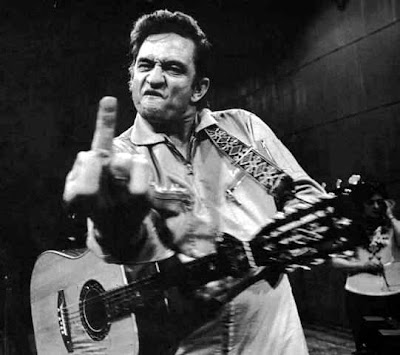 Of course, the Obama Lapdog Media, who've abandoned their job as watchdogs, have nothing to say about any of this.  Yet remember all the times George W. Bush was compared by liberals to Richard Nixon for going after suspected terrorists and other allegations never proven.
So who's going to stop this abuse of power?
Posted by MaroonedinMarin at 7:45 PM

Why don't you use the full quotation, which cannot possibly be interpreted to say what you say it does:

"We're gonna see how well we do in this [2010 midterm] election and I think a lot of it is gonna depend on whether we still have some support not only from Democrats, but also Republicans, but they're gonna be paying attention to this election. And if Latinos sit out the election instead of saying, we're gonna punish our enemies and we're gonna reward our friends who stand with us on issues that are important to us, if they don't see that kind of upsurge in voting in this election, then I think it's gonna be harder and that's why I think it's so important that people focus on voting on November 2."