Good Lord What's This Buffoon Going To Do Next!?!

I would have added the clip from Caddyshack of Judge Smails for this post, but can't find it on YouTube.

I got the following e-mail from Julianna Snot from the Obama Campaign yesterday.  Seems that all the Regime can focus on for re-election is a private citizen who wrote a book about the "birth certificate."


Let me introduce you to Jerome Corsi.

This week he released a new book that the publisher says will be a bestseller "of historic proportions."

The title is "Where's the Birth Certificate?" -- yes, really.

Corsi's work is a greatest-hits reel of delusions, ranging from 9/11 conspiracies to claiming that there is an infinite supply of oil in the Earth's core. In 2008, he published a book about Barack Obama claiming, among other things, that he (a) is a secret Muslim; (b) is secretly anti-military; (c) secretly dealt drugs; and (d) secretly supported terrorist actions when he was eight years old. So many secrets!

There's really no way to make this stuff completely go away. The only thing we can do is laugh at it -- and make sure as many other people as possible are in on the joke.

So let's just do this -- get your Obama birth certificate mug here:

It isn't just mugs, it's t-shirts as well. 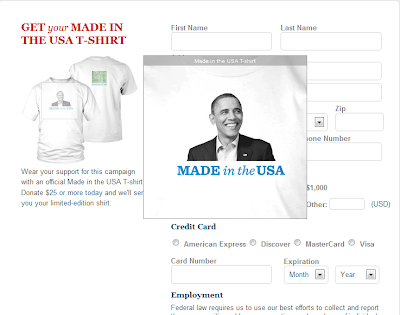 Talk about spiking the football.

Since he's big on stroking his ego and endzone dancing, I'd bet $10 this t-shirt design will be far behind. 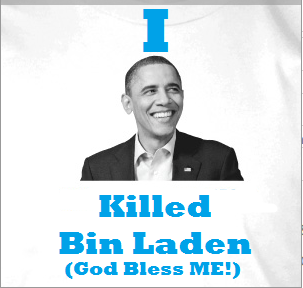 Posted by MaroonedinMarin at 4:28 AM

Email ThisBlogThis!Share to TwitterShare to FacebookShare to Pinterest
Labels: 2012, Obama