Kinetic Action To & From The 'Burbs Of Philadelphia

I returned not too long ago from a day trip to the 'burbs of Philadelphia, for a concert I attended last night. 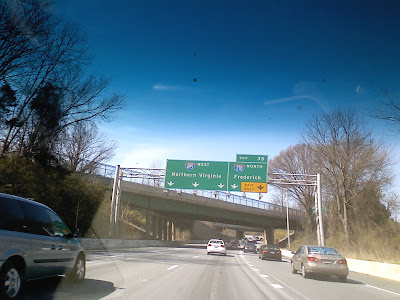 Those who know me well know one of my passions outside of politics is music. I've played guitar for 24 years and other instruments during jr. high and high school marching band. So, I had a ticket to watch a living legend named Jeff Beck last night, who did a tribute to Les Paul and 1950s rock -n- roll with Imelda May and her band. 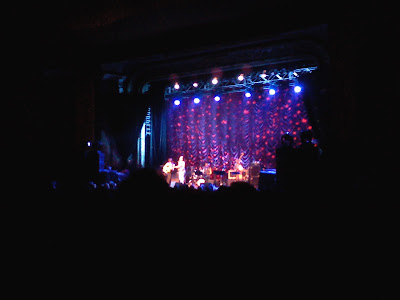 It was a great show. If you like that kind of music, check out the recent DVD release of the show they did at the Iridium Club in Manhattan, where Les used to "hold court" on Monday nights.

Unfortunately, the threat of "glo-BULL warming," in the form of a snowstorm we're supposed to get starting tonight, made me decide to head back to Northern Virginia, or else I'd probably be sightseeing right now.

I did have the opportunity to visit one museum near my hotel yesterday that attracted my attention, since I also love old military airplanes. If you're anywhere near Willow Grove NAS, check out the Wings of Freedom Aviation Museum. 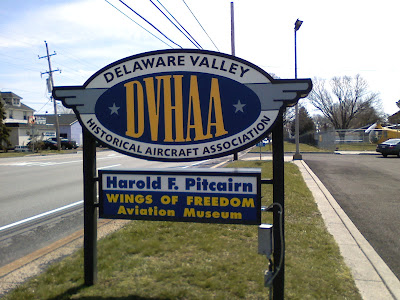 Among the things you can do there is sit in the actual simulator of a Grumman F9F Panther US Navy carrier based fighter, as I am below. 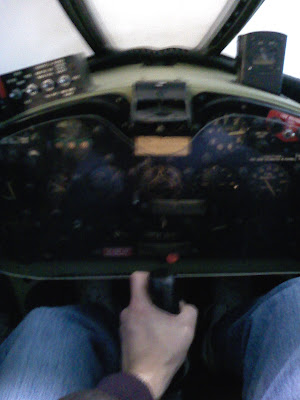 This is a F9F painted in the colors of the plane flown by baseball legend Ted Williams. 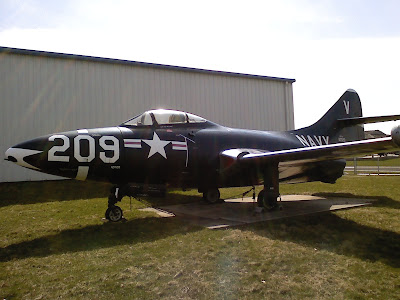 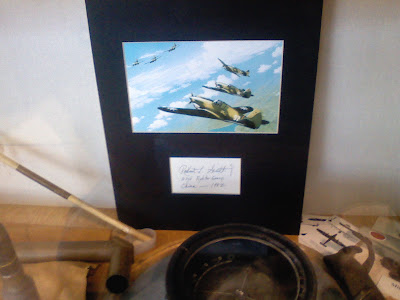 While at my hotel, I managed to catch this interesting bumper sticker. 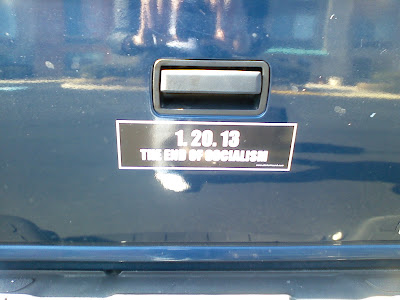 So to all you libs who had your "1-20-09, Bush's Last Day" bumper stickers on your car, let me say we enjoy throwing it back in your faces!
Now, back to our regular programming!
Posted by MaroonedinMarin at 1:20 PM

I guess he doesnt play "Love is Green" anymore due to the new age definition of colors. Maybe the national anthem to the music of "Goin' Down"?