I'm not able to make it to DC today, due to family matters, but a bunch of anti-US military protesters who call themselves "peace activists" are gathering outside The White House today on the anniversary of the Iraq War, and apparently the limited involvement in Libya.

Jake Tapper of ABC has this photo, via Twitter. 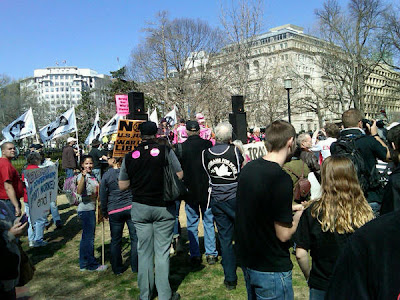 It's the usual gathering of suspects: Code Pinko, International ANSWER, Veterans for Peace (aka Geezers for Sitting on Their Hands) and Iraq Veterans (who didn't serve there) Against The War. Many of these groups are fronts for Communist groups who have agitated on behalf of Islamic governments.

My friends at FreeRepublic.com are there as well. I'm hoping to have more photos, etc as I can find them later.

UPDATE: From the Washington ComPost, dozens were arrested, including traitor Daniel Ellsberg, the leaker behind the "Pentagon Papers" leak. 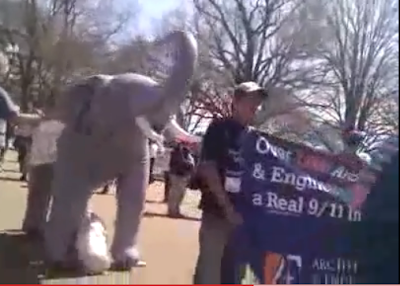 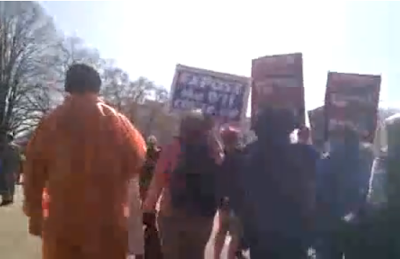 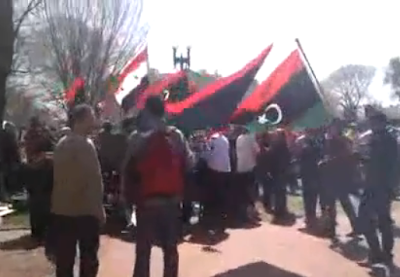 Veterans for Peace, droning on with "Stop the Wars, Expose the lies, free Bradley Manning" like some parrot in a cage. 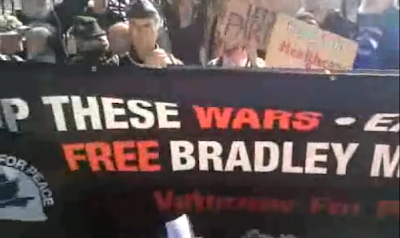 ...and the Code Pinkos 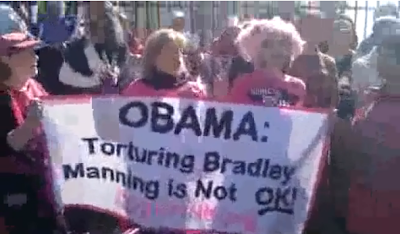 Here's video of some of the arrests:

Posted by MaroonedinMarin at 2:35 PM