It isn't just anti-conservative, anti-Tea Party NPR that receives taxpayer funds to promote a far-Left agenda. The Corporation for Public Broadcasting (CPB) also gives money to extremely far-Left radio stations like "Pacifica Radio" KPFA 94.1 in Berkeley (or as I called it when I lived in the Bay Area "that Communist radio station").

Drango at FreeRepublic.com found the evidence at CPB's website.

Lost in the noise is that CPB also funds via your tax dollars, other public broadcasting entities such as PRI and Pacifica. Pacifica is the most amusing as they are staunch, avowed communists and hate capitalism and Republicans. They are also very urban. Berkeley, LA, NY, Houston, DC. Rural and very balanced indeed. 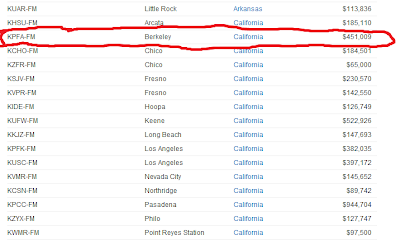 And what did that $451,000 of taxpayer money given to Commie radio KPFA in Berkeley fund?

Programs like Against the Grain, which "provide(s) in depth analysis and commentary on a variety of matters - political, economic, social & cultural - important to progressive (read: communist) and radical thinking and activism."

As well as AlJazeera radio 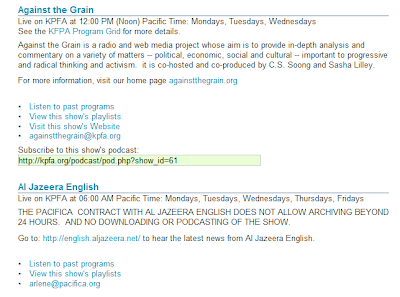 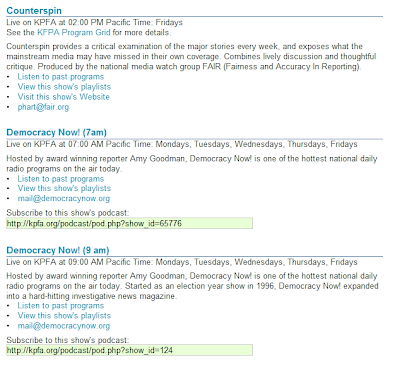 Guns and Butter, "investigates the relationships among capitalism, militarism and politics."

And the La Raza Chonicles (translated "The Race"): 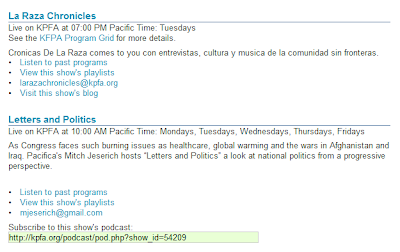 Not one program of a conservative or even "moderate" slant at KPFA.
So why are taxpayer funds going to fund such far-Left and radical media outlets?
This is more than just Elmo, Barbara Boxer! Defund CPB!
Posted by MaroonedinMarin at 2:08 PM