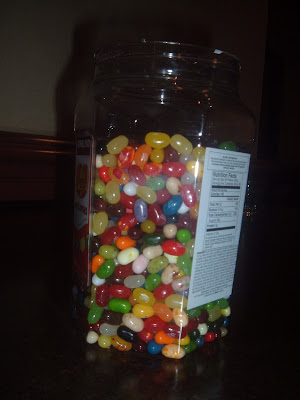 The third and final day of CPAC ended this evening with a great keynote speech from an American hero, Rep. Allen West, reminding us of the importance of our conservative values as being the key to a flourishing America.

I had a feeling it would happen, and it did...Ron Paul (aka RuPaul) won the Presidential Straw Poll, not suprising when you bus in your supporters to stuff the balloting and act like major league assholes to several of the speakers.

In these last three days, there was so much to see and do that, well, it was impossible for one to do it all.

Besides the interviews with Andrew Breitbart, Richard Dreyfuss, and Allen West, I also took the time to attend a "Blogger Free for All" with the Bank of Kev bloggers. 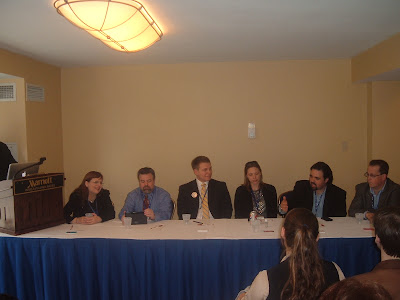 There were some interesting discussions on the prospects for 2012, starting your own blog, as well as what the future of the Tea Party will be like, and is it wrong to look for the "next Ronald Reagan."

The great part of CPAC is getting to meet people who are movers and shakers in the conservative movement, and getting to talk to them. For me personally, it was great to meet people whose work I've admired and read, as well as getting to know better those I've met before. I was honored to meet and spend time with great bloggers like Jim Hoft of Gateway Pundit, R.S. McCain, Sister Toldjah, Pamela Geller and Robert Spencer, Skye at Midnight Blue, DaTechGuy, Larry O'Connor, Jane at Uncoverage, Nice Deb, John Sexton from Verum Serum, Ashley aka TXTrendyChick and Kristina aka ORLibertyGal from Twitter, Donald Douglas at American Power, John at Marathon Pundit, Tammy Bruce, Kevin from Bank of Kev Productions, Erik Svane, Seton Motley and....I apologize if I'm missing someone.

Many thanks from to Tabitha Hale and Freedomworks, and to Melissa Clouthier for the great work they did for all of us. Look forward to next year.
Posted by MaroonedinMarin at 8:02 PM

Email ThisBlogThis!Share to TwitterShare to FacebookShare to Pinterest
Labels: CPAC

War criminal Allen West is your idea of a hero? Says a lot about you.

Unlike you, I don't side with terrorists who'd like to kill our troops, you treasonous jerk off!