The Texas Governor's Mansion in Austin, home to every governor since 1856, was torched in June 2008 in what was suspected to be arson. Now, clues and enhanced video is linking suspects in the attack on the historic mansion to an attempted bombing of the 2008 Republican National Convention (Austin American-Statesman).

An Austin-based anarchist group whose members were prosecuted for plotting to bomb the Republican National Convention in St. Paul, Minn., three years ago has been linked to the unsolved June 2008 arson fire that gutted the Texas Governor's Mansion, officials said Thursday.
Steve McCraw, director of the Texas Department of Public Safety, said that a white Jeep Cherokee photographed by surveillance cameras at the mansion four days before the fire has been "connected to people who were part of that anarchist group." The connection was confirmed about three months ago, he said. 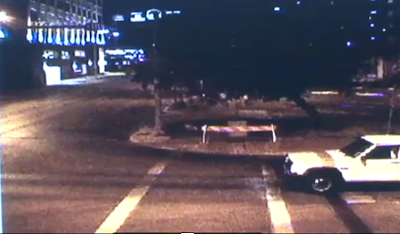 The Jeep is believed to have been doing surveillance before the fire, McCraw said at a news conference called to ask for public assistance in cracking Texas' highest-profile unsolved crime.

Authorities said they have identified three people in the Jeep as "persons of interest" in the arson case and are seeking information that could identify a fourth person, the arsonist. They released three videos and a set of composite sketches — and reiterated the existence of a $50,000 reward — in the hopes of drawing out new information.

McCraw said at least one of the persons of interest 'has been placed in downtown Austin' the morning of the mansion fire.

He said one of the men arrested in the Minnesota case has been identified as a passenger in the Jeep.

All three persons of interest have denied any involvement in the burning of the mansion, authorities said.

Investigators believe a fourth person is the shadowy figure seen on video the night of the fire tossing a Molotov cocktail on the mansion's porch to start the fire, McCraw said.

On a second video made public Thursday, a shadowy figure can be seen walking up the front brick sidewalk to the mansion after hopping the front fence. He pauses and appears to light the Molotov cocktail, then throws it at the front door. 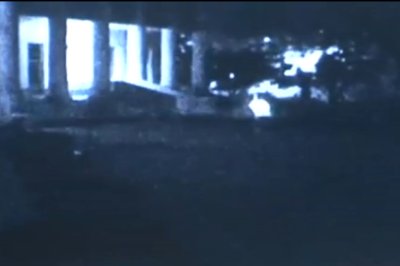 Flames can be seen quickly engulfing the mansion's door and porch, as the figure runs back down the sidewalk. 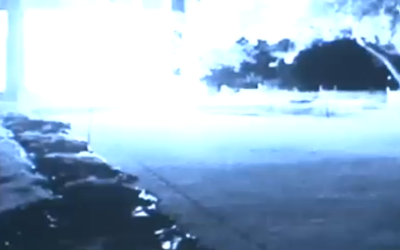 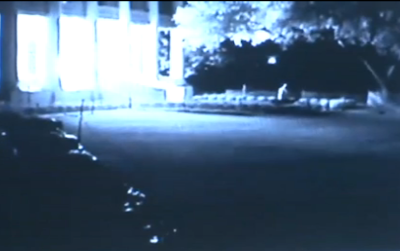 Antonio "Tony" Leal, chief of the Texas Rangers that are leading the investigation of the fire, described the arsonist as about 5 feet 10 inches tall, of medium build, weighing 175 to 180 pounds and wearing "lumpy" clothing.

McCraw said investigators believe the arsonist "was not in the Jeep." And though authorities have not confirmed the identity of the arsonist, they believe he is connected to the people taking photos from the Jeep, according to McCraw.

...Two Austin men accused of building a cache of homemade firebombs were arrested in St. Paul during the 2008 Republican National Convention. Authorities said the men intended to use the Molotov cocktails on police vehicles and perhaps even police officers, but their plot was stopped with the help of Austin-area activist turned government informant Brandon Darby.

Texas' Governor is a Republican, Rick Perry, who has held the office since George W. Bush resigned after being elected President in 2000.

No word if Janet Incompitano of the Department of Homeland Security is teaming up with the Southern Poverty Law Center to look at left-wing homegrown terrorism.
Posted by MaroonedinMarin at 5:42 PM