Obama Thanked Sheriff Dupnik For What?

Gateway Pundit links to The Political Punch, who noted that Barack Hussein Obama called Pima County Sheriff Clarence Dupnik (who from now on will be referred to here as Sheriff Rosco P. Coletrane) to "thank him." 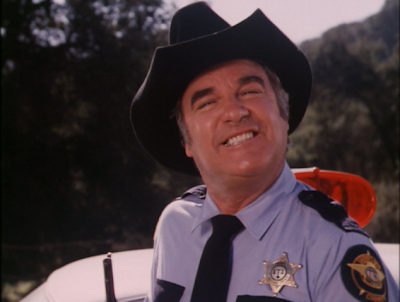 President Obama spoke today with Pima County Sheriff Clarence Dupnik, families of some of the victims, Rep. Giffords’ Rabbi and two of the heroes that helped in the Arizona tragedy on Saturday.

In a phone call this afternoon with Sheriff Dupnik, according to White House spokesman Nicholas Shapiro, the President “thanked him for his department’s efforts to respond to this incident and coordinate with the FBI and Director Mueller on the investigation.”

What did Obama thank him for--blaming talk radio, Rush Limbaugh and conservatives for the deadly actions pothead, 9/11 troofer Jared Loughner?

God forbid he turns the memorial service tomorrow into a soapbox.
Posted by MaroonedinMarin at 4:47 PM