I'll never forget being in US History class as a junior in high school, and having Mrs. McClelland, the history teacher across the hall, come in and tell us the news that the Space Shuttle Challenger had exploded.

This is live coverage from CNN, in the moments before the launch:

This is Launch Pad 39B, from a June 1985 visit to the Kennedy Space Center in Florida. 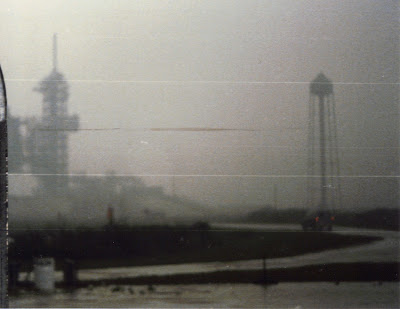 We went there during a heavy thunderstorm, and the tour guide told us they were getting the pad ready to launch the Space Shuttle in January 1986. The Challenger launch was the first from this pad. 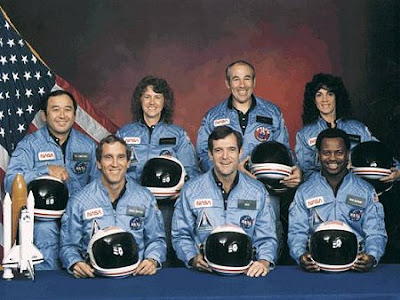 Posted by MaroonedinMarin at 9:46 AM